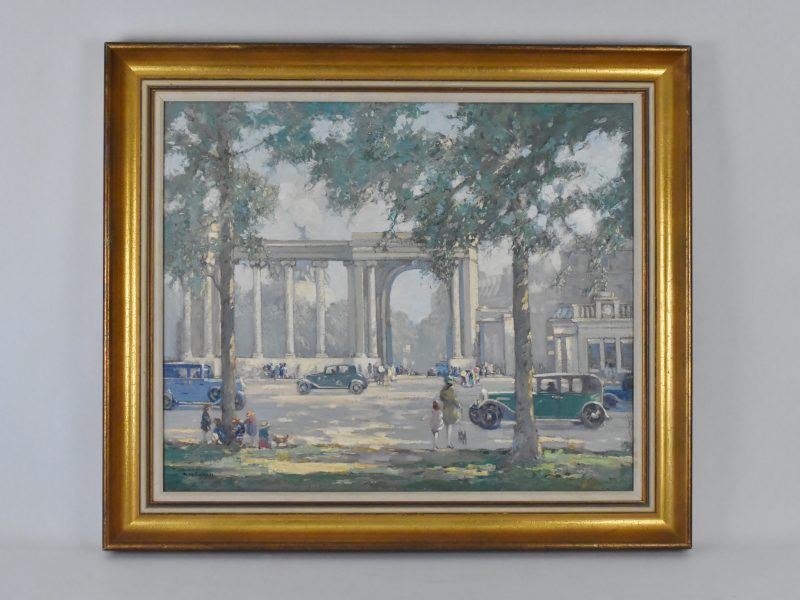 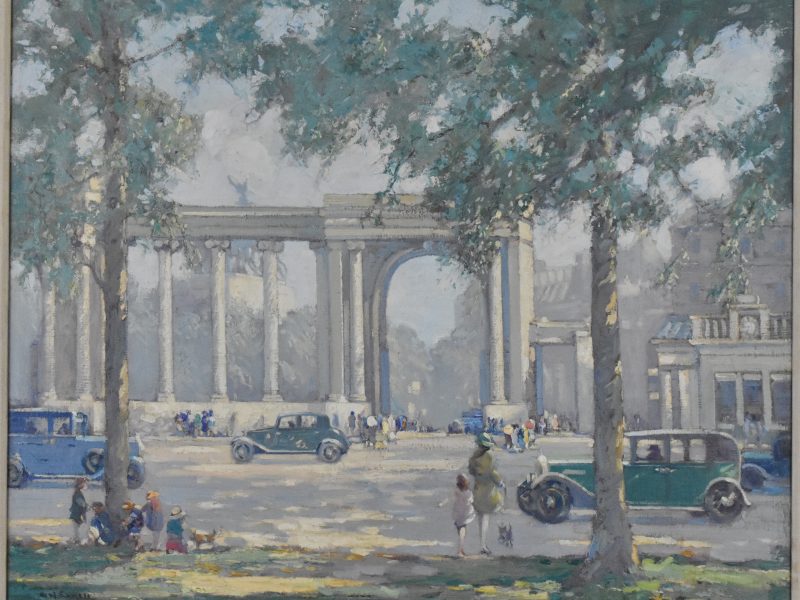 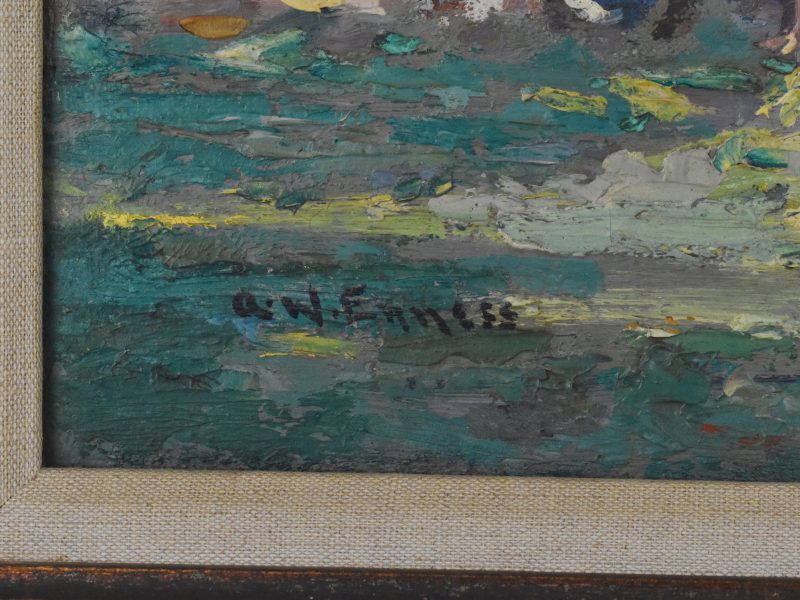 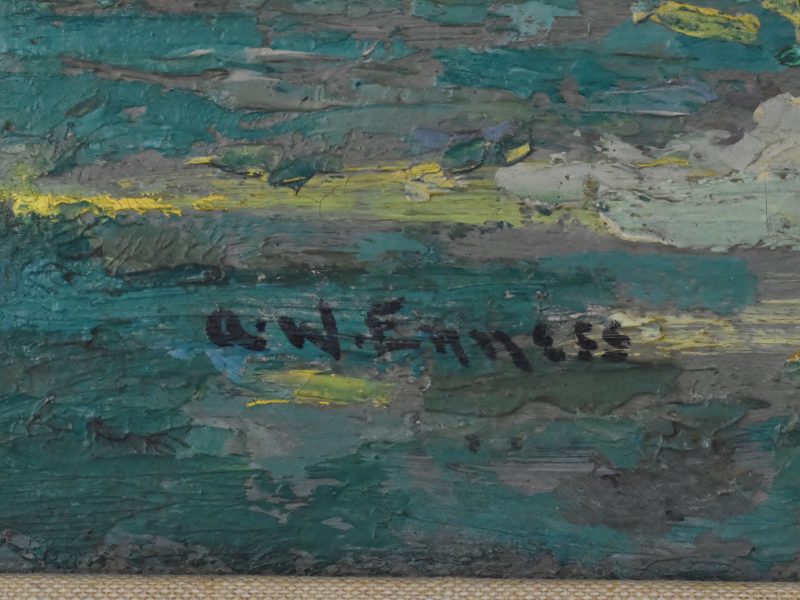 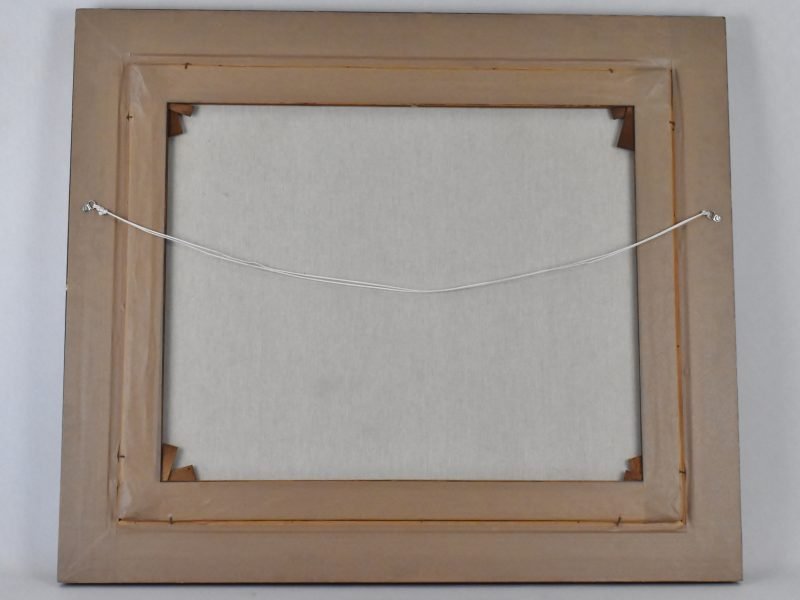 Augustus William Enness was born in Essex on February 12, 1876. He studied at the Slade School of Art and the Académie Julian in Paris. Based in Whitby, Yorkshire between 1905 and 1915 he became known as a post-impressionist landscape painter. After 1915 he relocated to St. John’s Wood in London and was based there until 1937. He travelled extensively painting scenes across much of England as well as Europe and the United States.
He exhibited at the Salon des Artistes in Paris and 9 times at the Royal Academy, 43 at the Royal Society of British Artists and 40 at the Royal Society of Oil Painters. He was elected an Associate member of the Royal Society of British Artists in 1923 and became a full member in 1925. Today his work can be found in the Southampton City Art Gallery and Leighton House. This painting epitomises the British Post-Impressionist movement which concentrated on light and atmosphere.