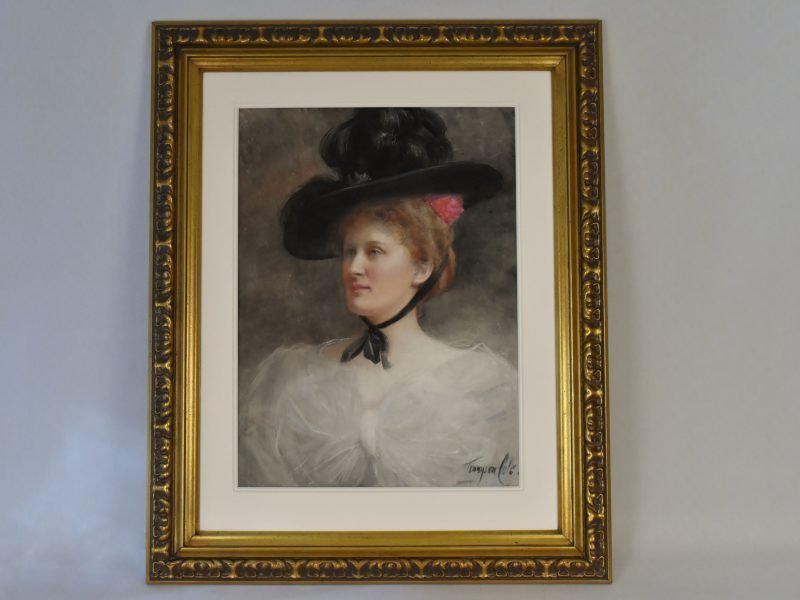 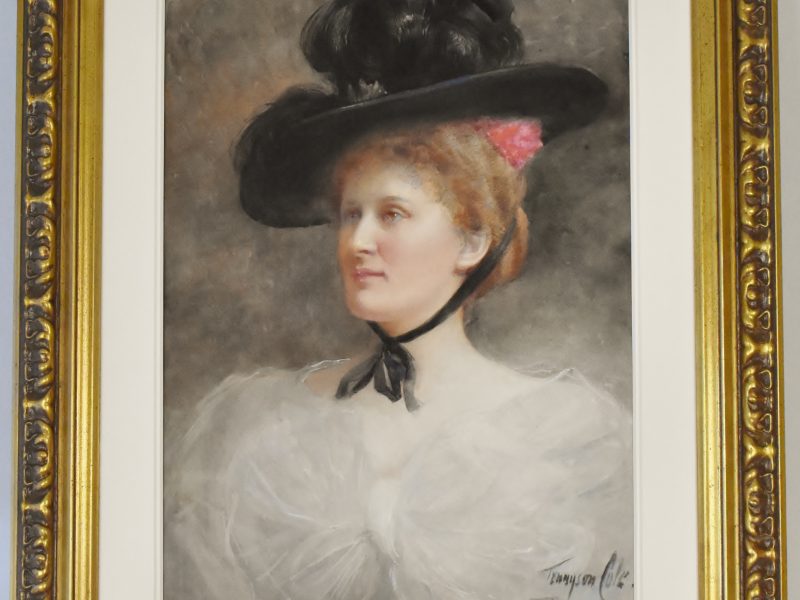 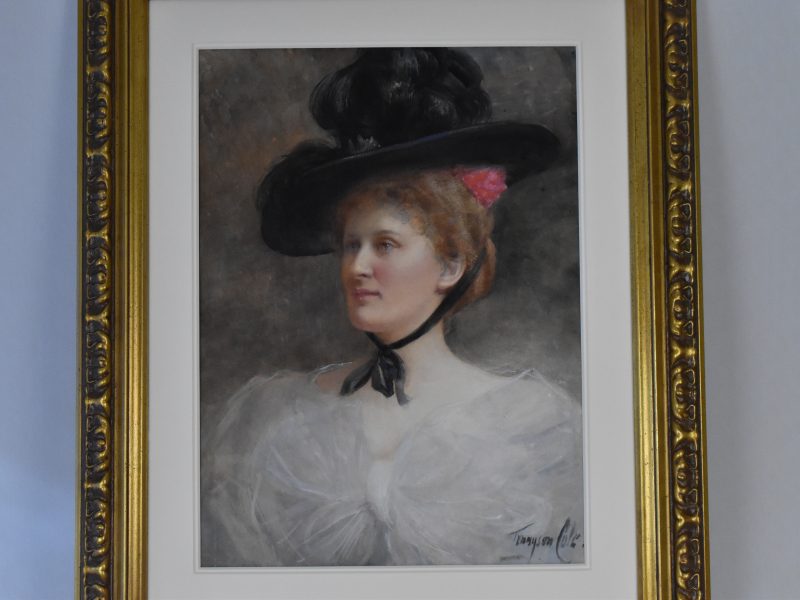 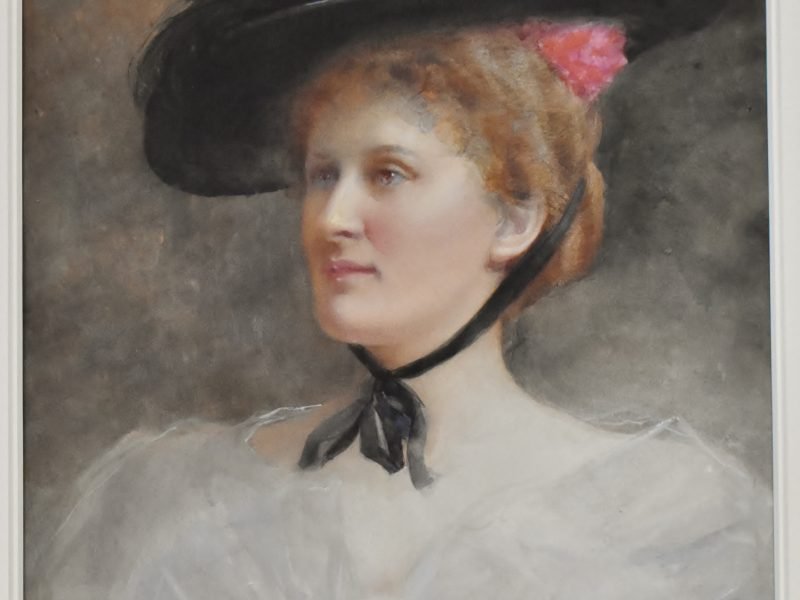 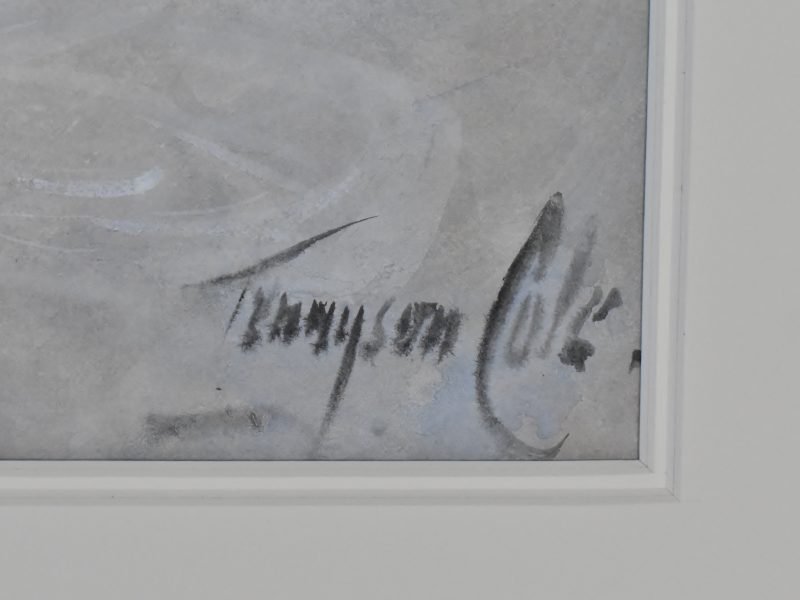 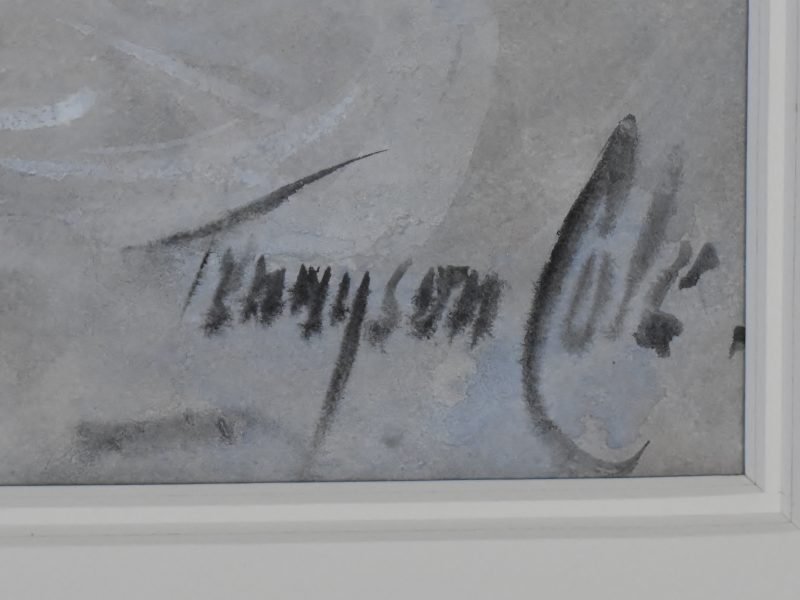 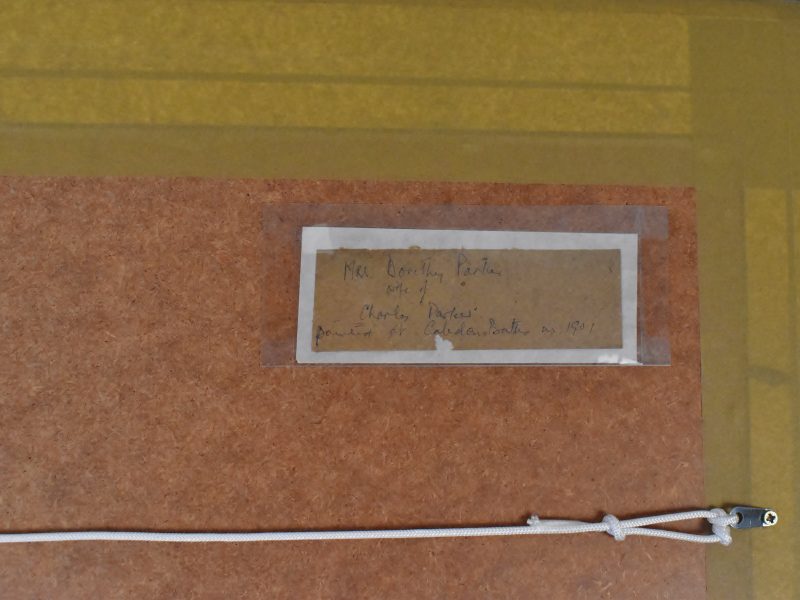 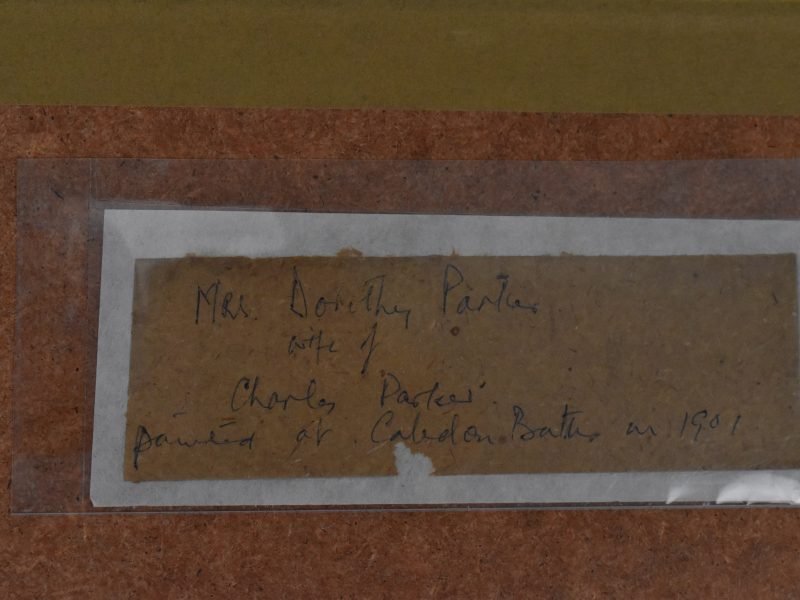 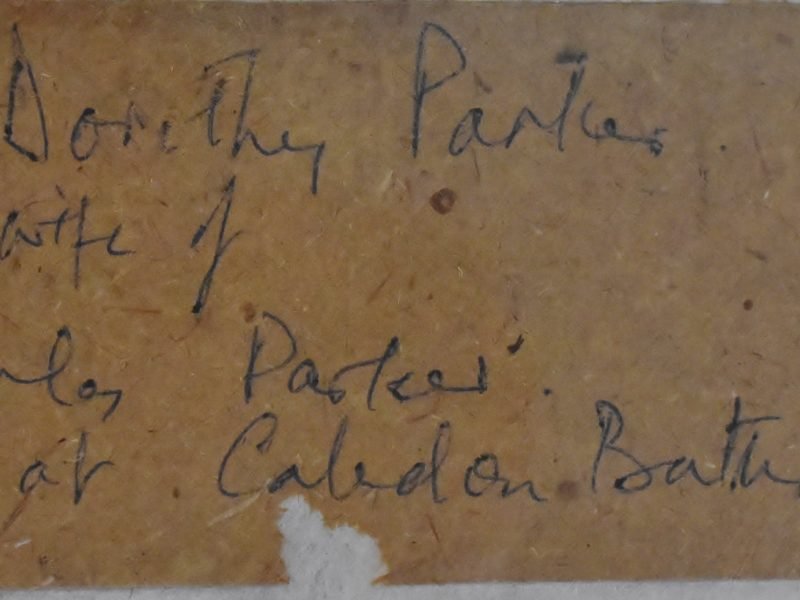 Tennyson Cole (British 30 May 1862 – 2 September 1939)
Watercolour/gouache on paper signed Tennyson Cole
Inscribed on the back: Mrs Dorothy Parker wife of Charles Parker painted at Caledon Baths in 1901
58 cm by 42.5 cm

Philip Tennyson Cole (30 May 1862 – 2 September 1939), known as Tennyson Cole was born on the 30 May 1862 in Marylebone, London. He was an English society portrait painter in both oils and watercolours who first achieved fame in Australasia and South Africa. Born into a family of artists he was educated at Chiswick College in Middlesex. He married Alice Mary Saintsbury, an actress in 1885 who then supported him financially. In 1889 he sailed to Tasmania and while onboard painted his female companion, a fine contralto who called herself Madame Cole, and several fellow passengers. After a year in Hobart where he painted extensively and received favourable reviews he moved to Melbourne. In October 1892, while visiting New Zealand, he was charged in Auckland with deserting his wife in England some three years before. He was ordered to pay his wife support of ₤1 per week. He departed Australia in September 1893 aboard the Ormus and his erstwhile wife died in Sydney on 7 April 1894. In May 1896 he was working in South Africa and in 1900 he was touring the African interior. In 1901 this watercolour of Mrs Dorothy Parker wife of Charles Parker was painted at the Caledon Baths. He also was commissioned to paint Lord Milner and Cecil Rhodes. In 1902 he was back in England where he exhibited at the Royal Academy which included his portrait of the Duke of Norfolk. In 1908 he painted King Edward VII (1841–1910) and in 1915 he painted George V (1865–1936). During his life he exhibited at the Glasgow Institute of Fine Arts; International Society; London Salon; New Gallery; Royal Society of Portrait Painters; Royal Academy; Royal Society of British Artists and Royal Institute of Painters in Water Colours. He died at Tooting, London in 1939 and today his work can be found in many major English collections and museums including the National Portrait Gallery in London.