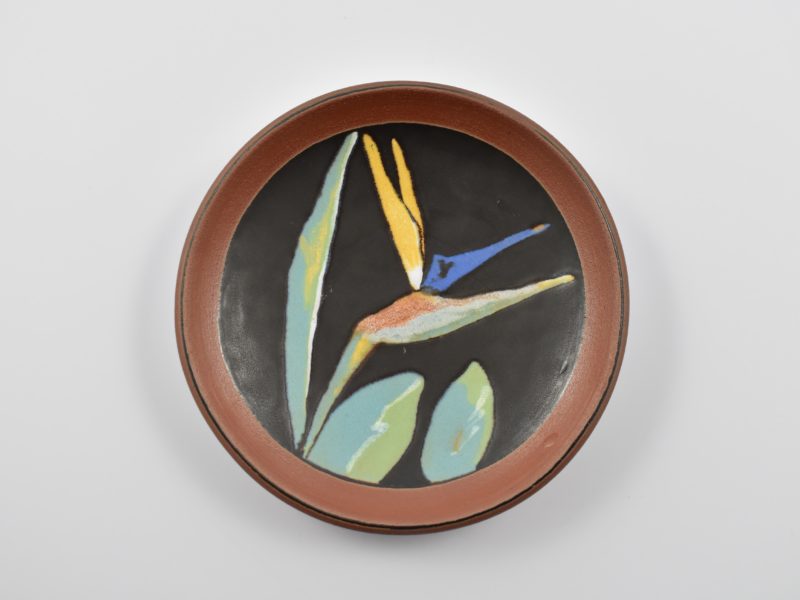 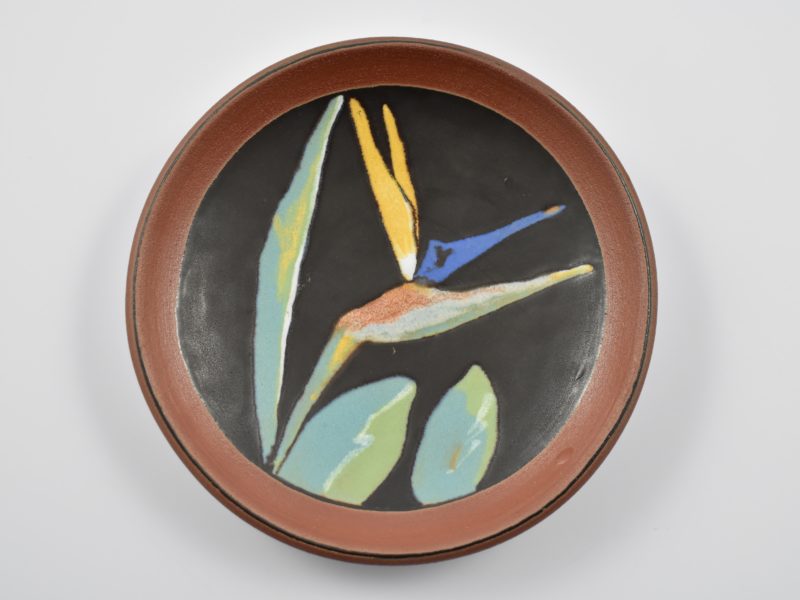 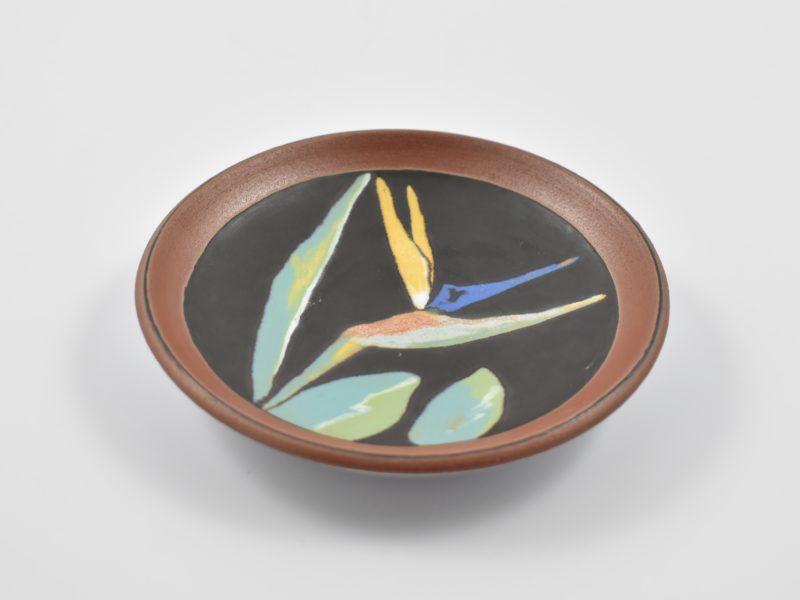 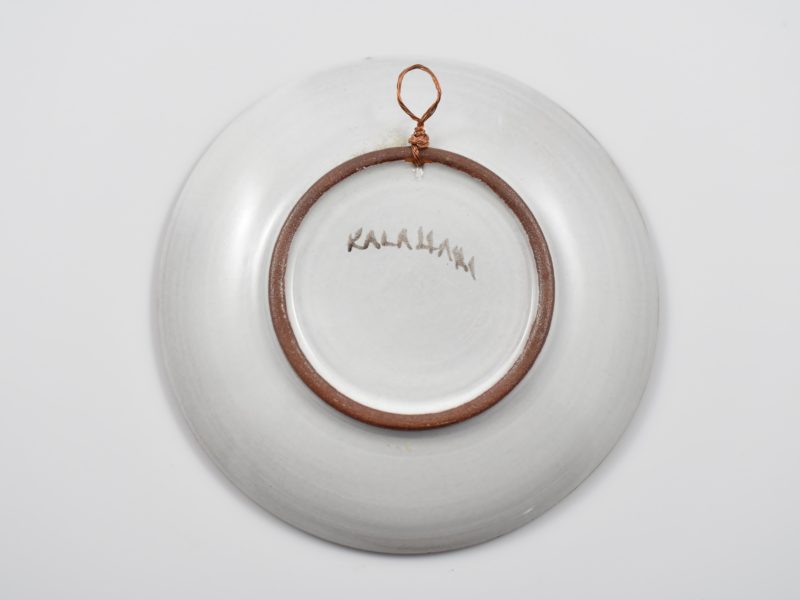 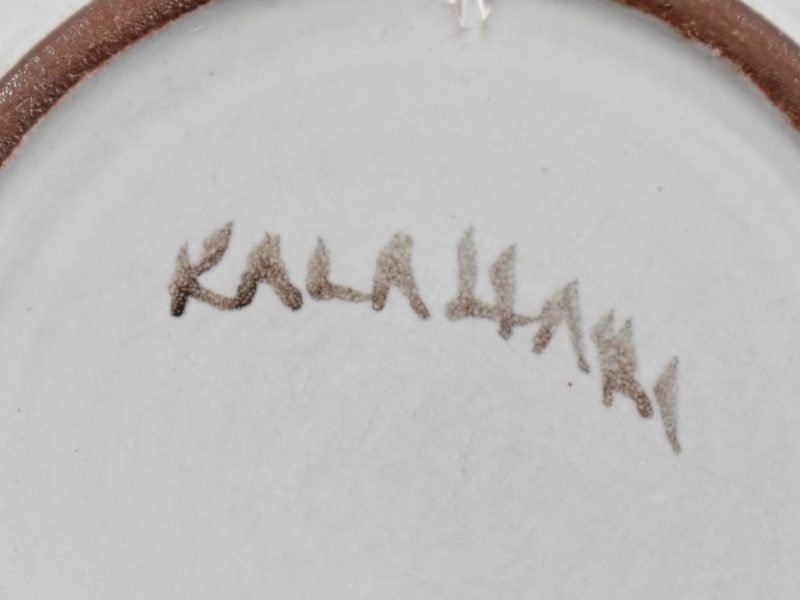 KALAHARI STUDIO POTTERY
This pottery was established in South Africa in 1949.
The founders Aleksanders Klopcanovs and his wife Elma started with the Linnware Studio in 1948 and broke away a year later to found the Kalahari Studio in Bramley, Johannesburg. In 1950 they relocated to Constantia Nek in Cape Town. During the next ten years the output was characterised by strong design reflecting their European roots. Interwoven with this were the bold vivid colours and shapes typical of Africa. The romanticized images seen here are a legacy that is not found in any other South African studio ware.