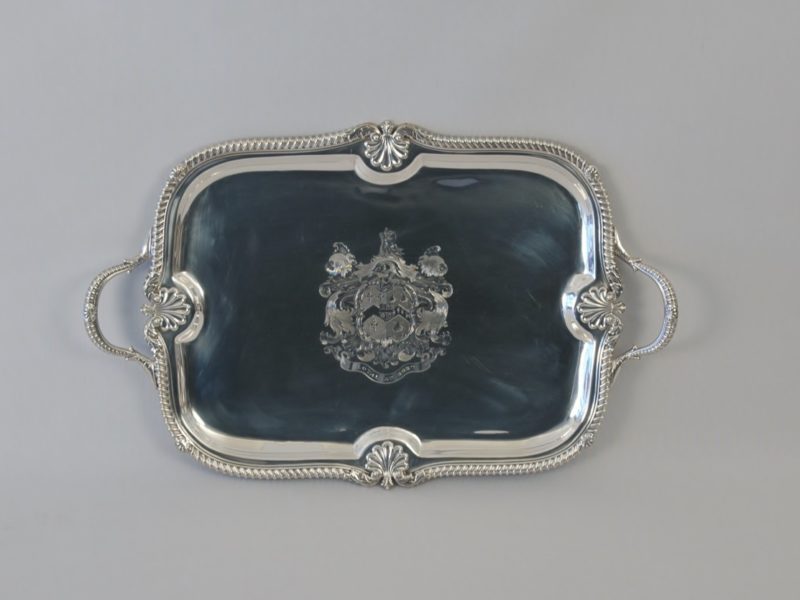 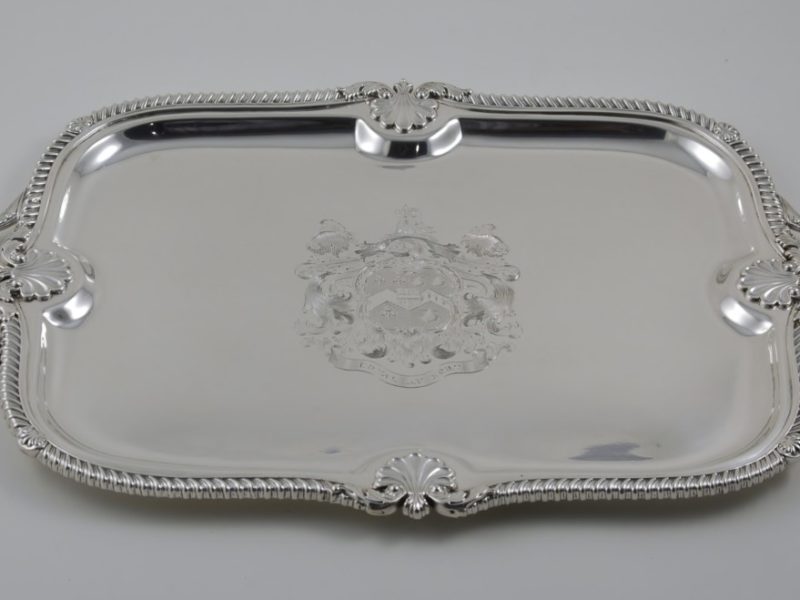 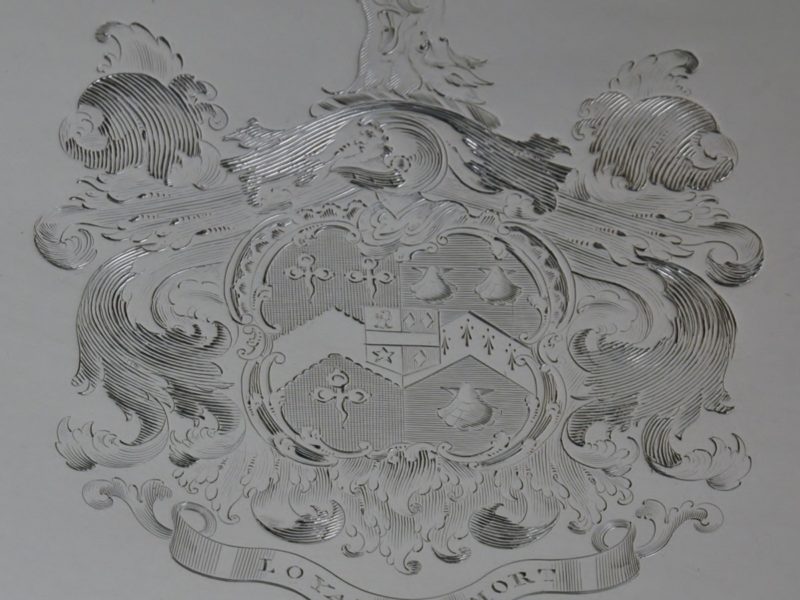 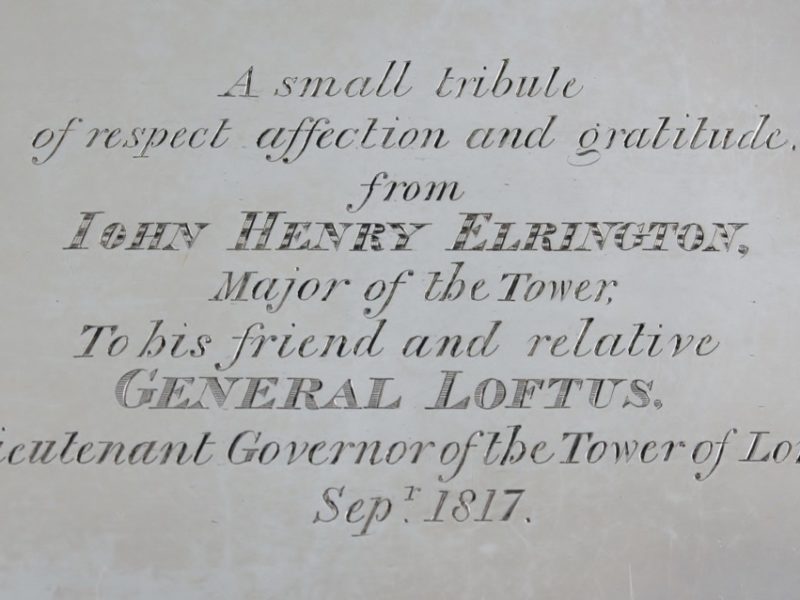 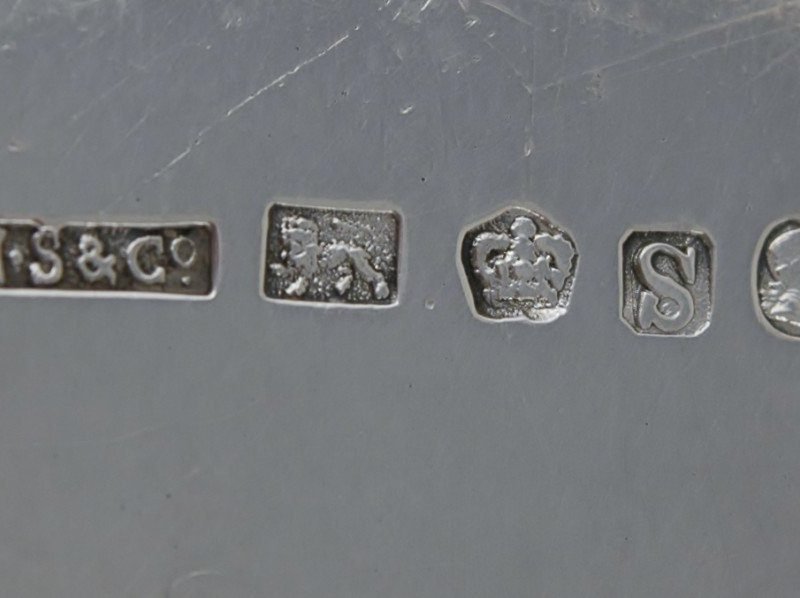 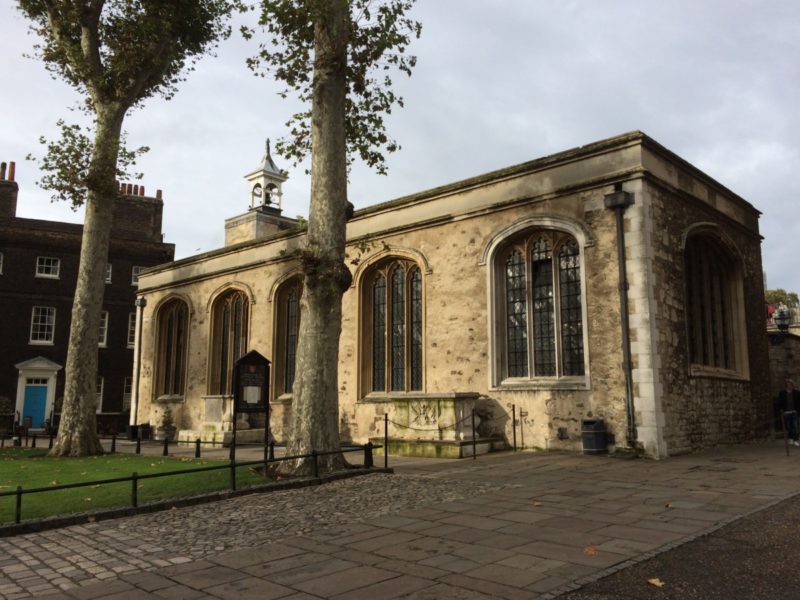 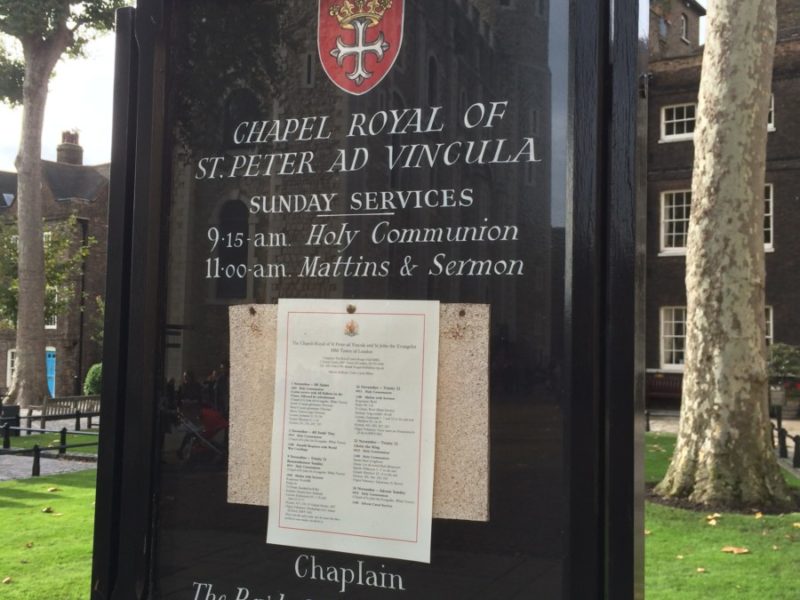 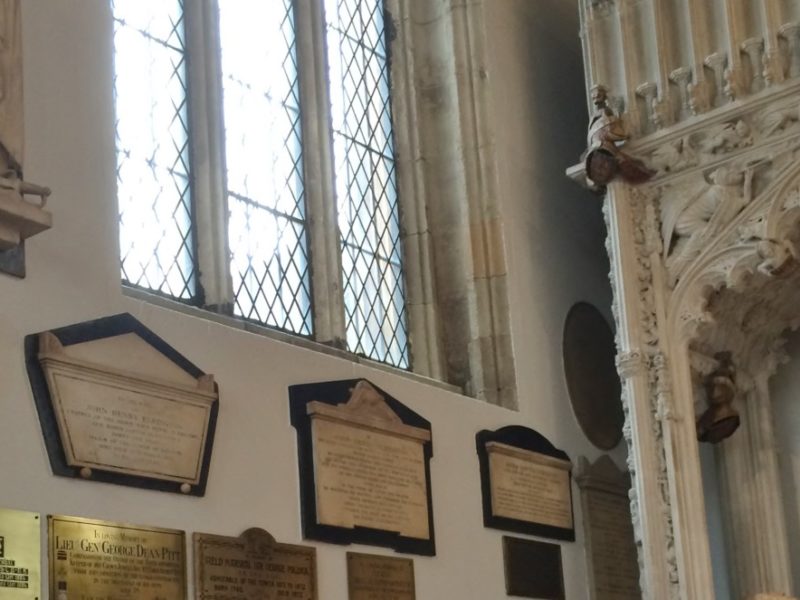 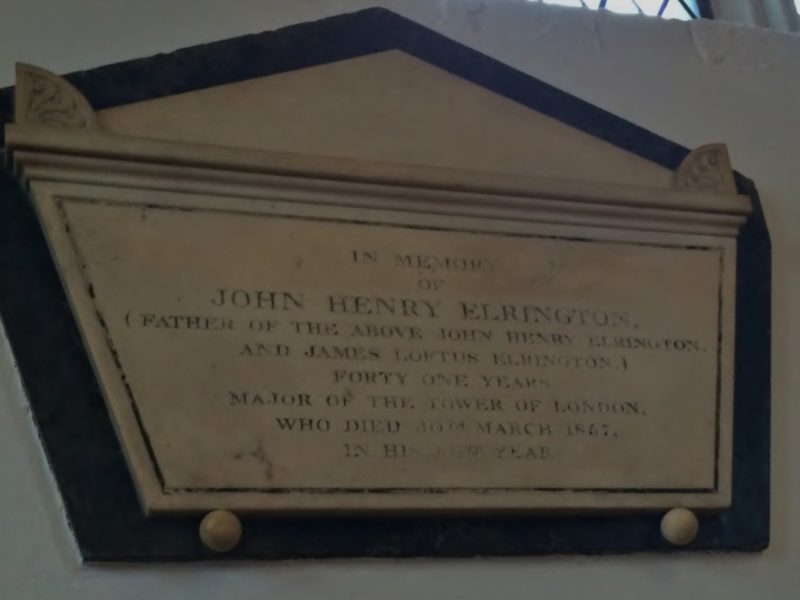 A George III Silver tray by Nathaniel Smith & Co. made in Sheffield 1807

Engraved with the coat of arms for General William Loftus, Lieutenant Governor of the Tower of London to the front and the back with a presentation inscription:

“A small tribute
of respect affection and gratitude
from
Iohn Henry Elrington,
Major of the Tower,
To his friend and relative
General Loftus.
The lieutenant Governor of the Tower of London
Sep.ͬ 1817.

William Loftus (1752-1831) began his military career as a cornet in the 9th dragoon Guards in 1770. He served in the American War including the Bunker’s Hill conflict, the landing of New York and the attack on Fort Washington. In 1794 he raised and was given the rank of  colonel of the 24th Light Dragoons and two years later he was made major-general and appointed to the English Staff. In 1797 he was appointed to the Irish Staff and took command at Cork where in 1798 he was successful at Vinegar Hill. Subsequently he was appointed Lieutenant-General in the army, governor of Dumbarton Castle and Lieutenant of the Tower of London. In 1813 he was appointed full General and in 1821 the colonelcy of the 2nd Dragoon Guards. On his death in 1831 he was one of the oldest officers in the service.

John Henry Elrington (1771-1857) was a Major at the Tower of London. The Tower Major was a staff officer who resided at the Tower and was tasked with its administration. He married Sarah Reed on the first of October 1806 and this tray made in 1807 could have been commissioned for this. He was laid to rest in the family vault in the Chapel of St. Peter ad Vincula,Tower of London and the family memorial plaques are on the back wall.

Literature:
Christie’s Pictorial History of English and American silver by Michael Clayton page 236 where it is noted “An unusually large piece to have been produced in Sheffield”