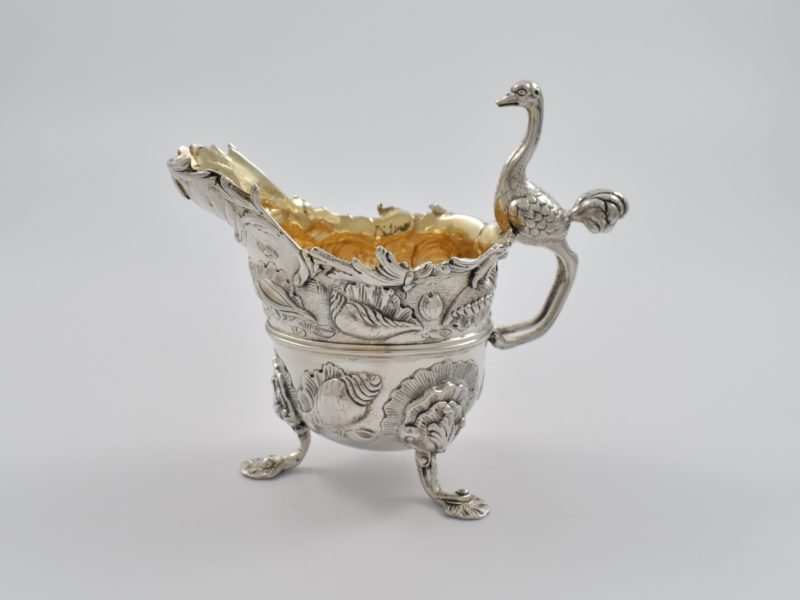 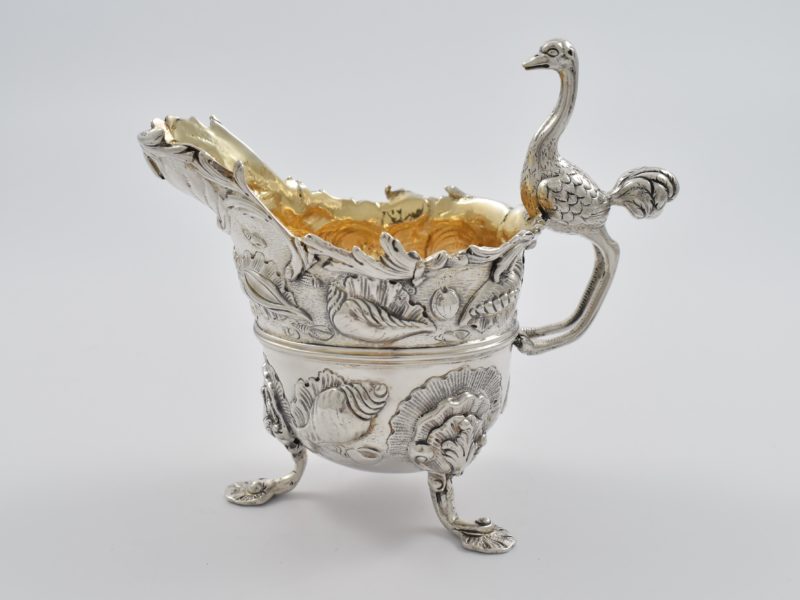 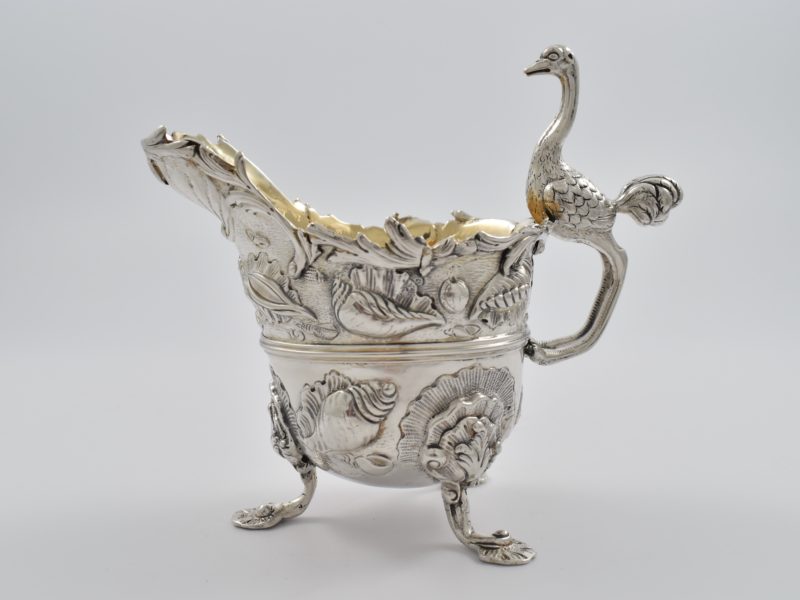 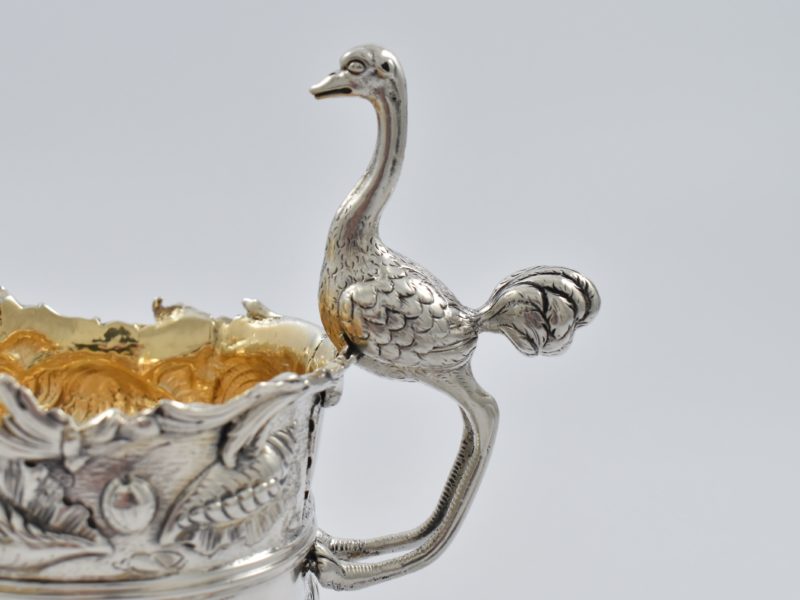 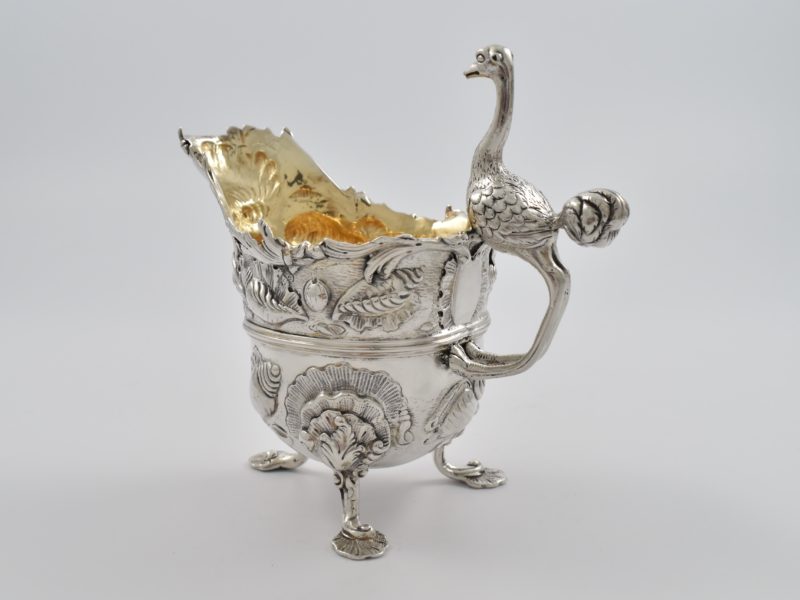 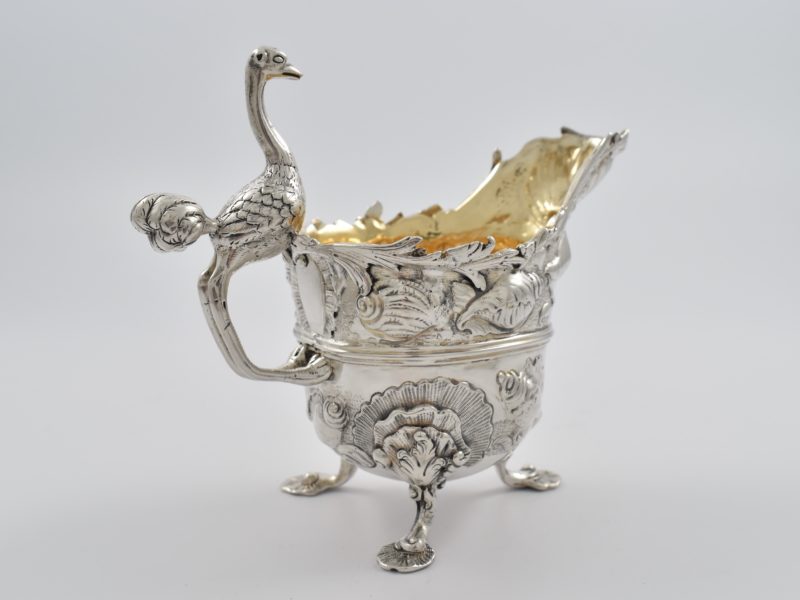 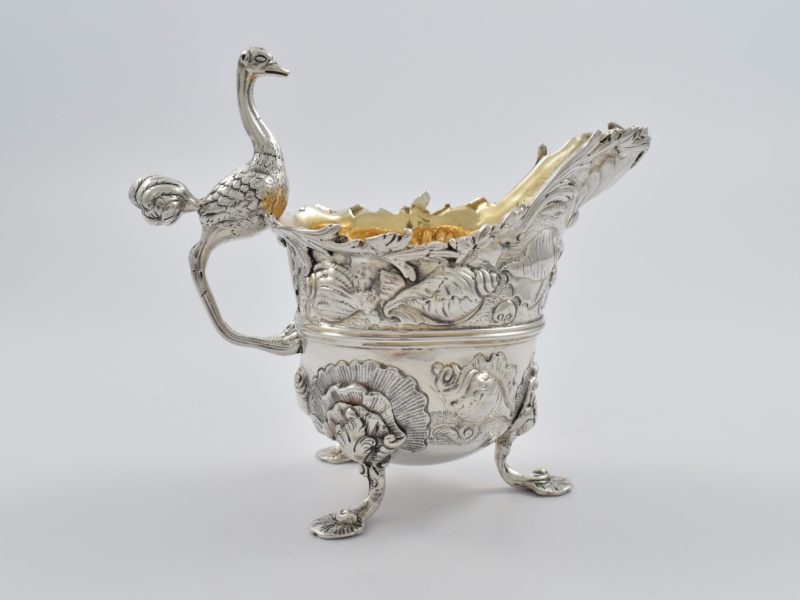 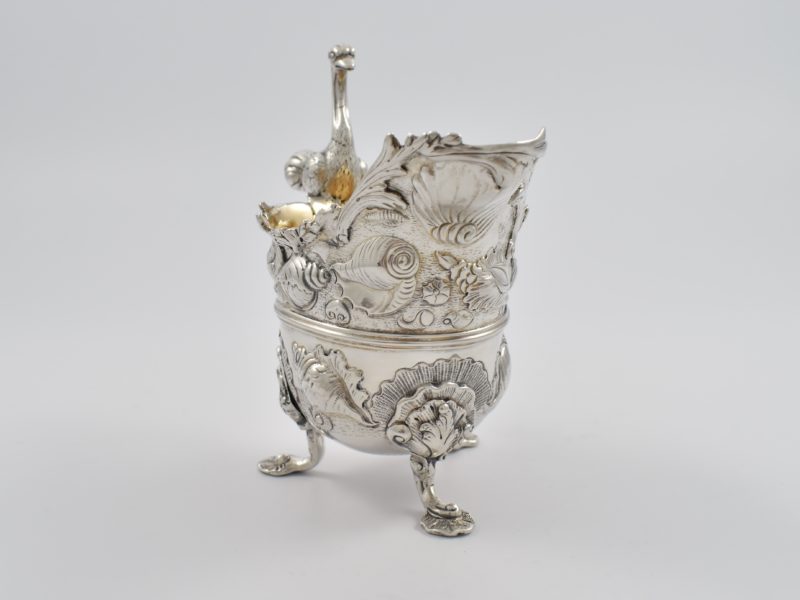 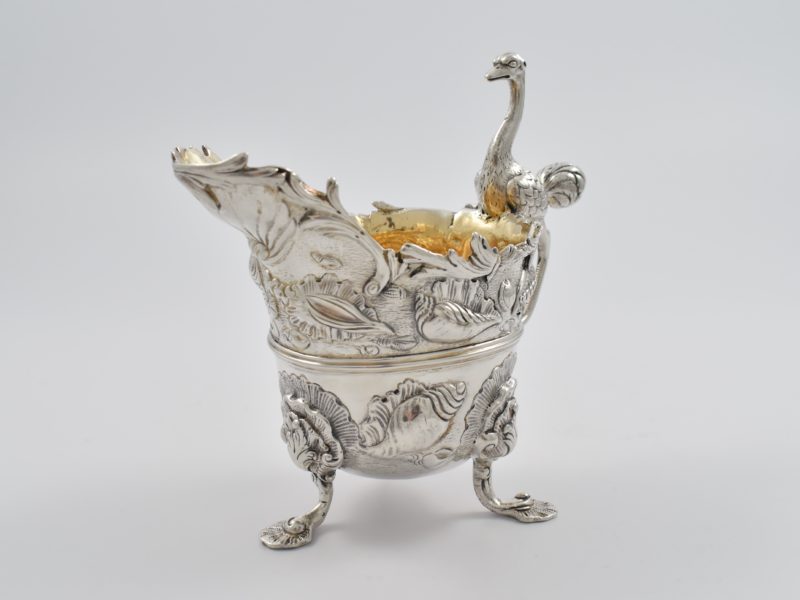 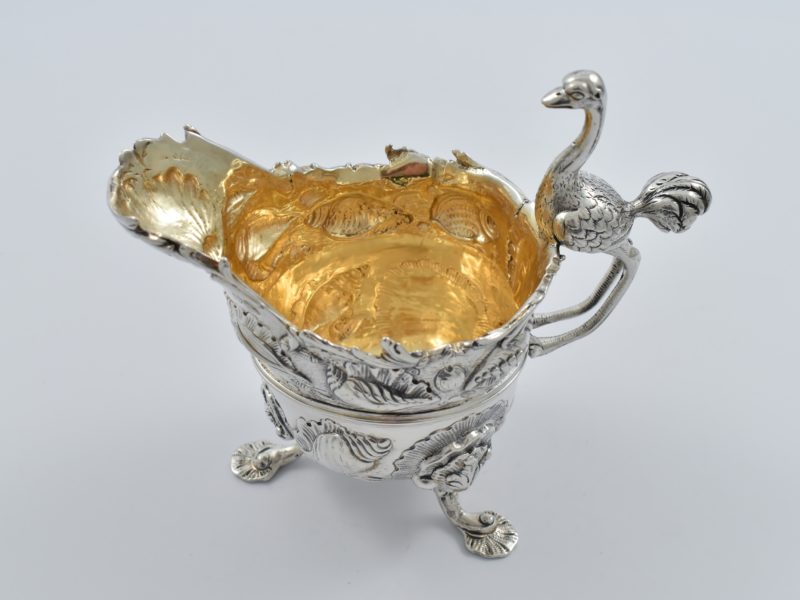 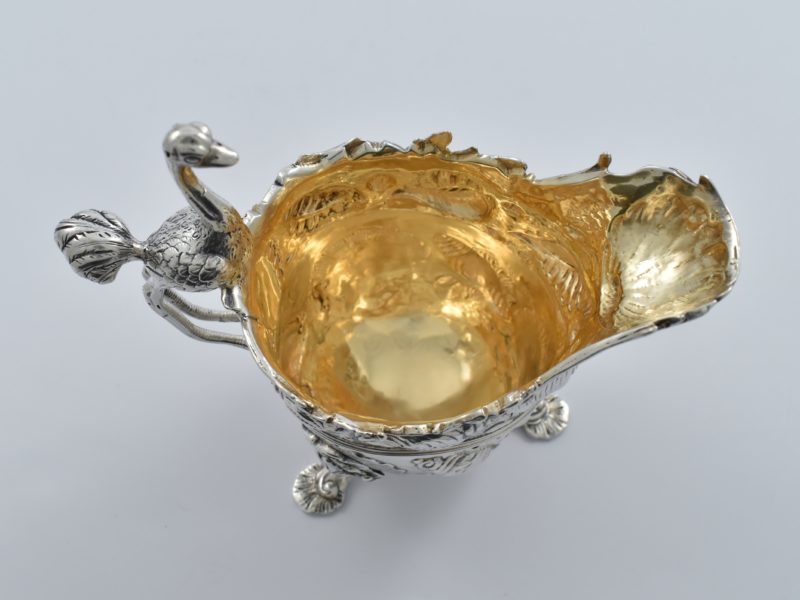 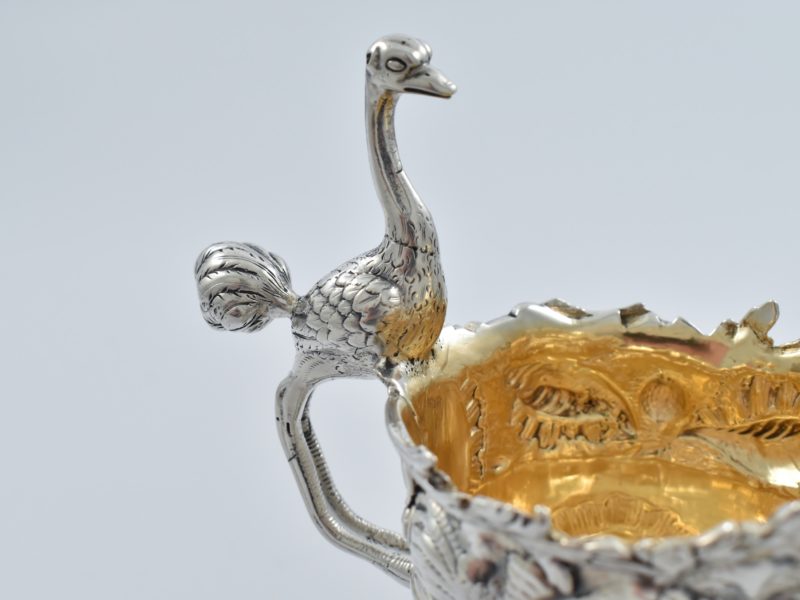 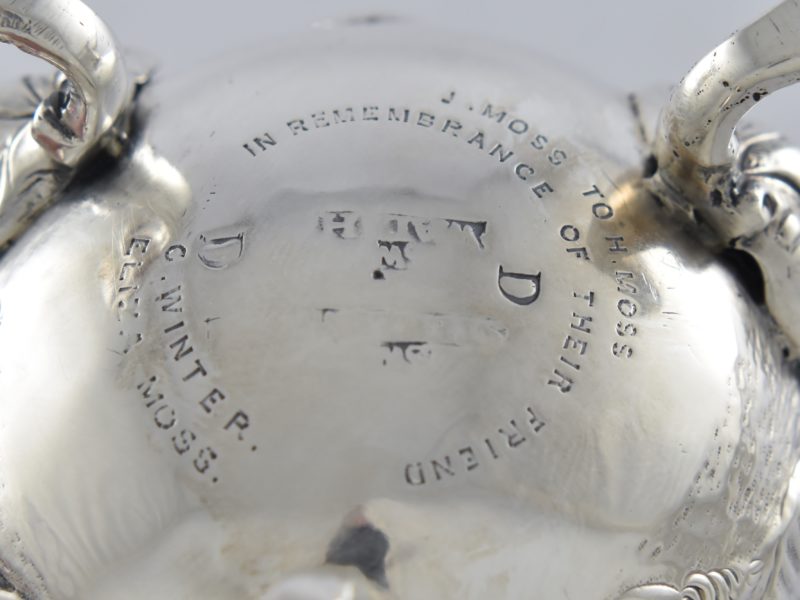 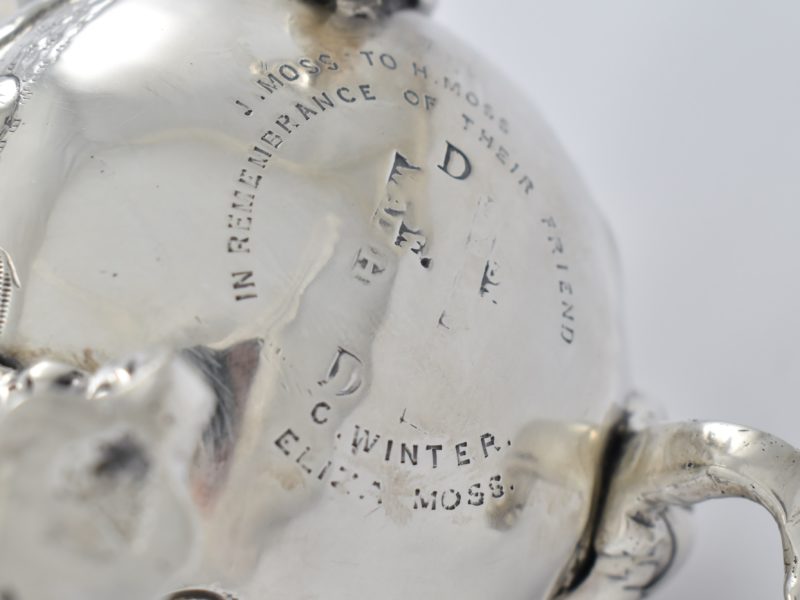 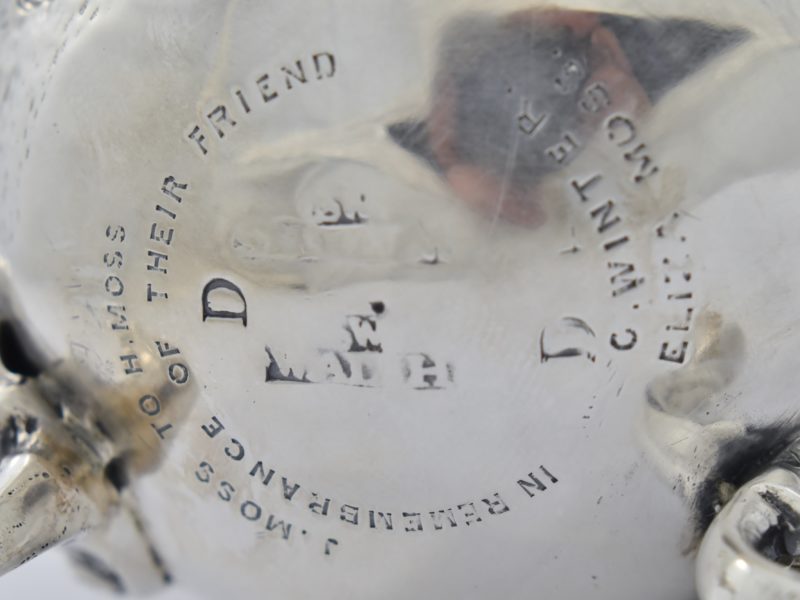 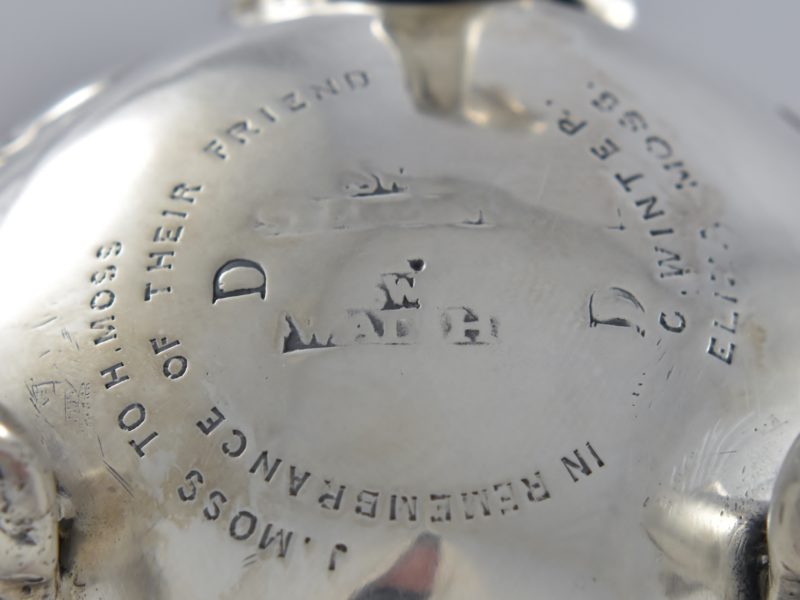 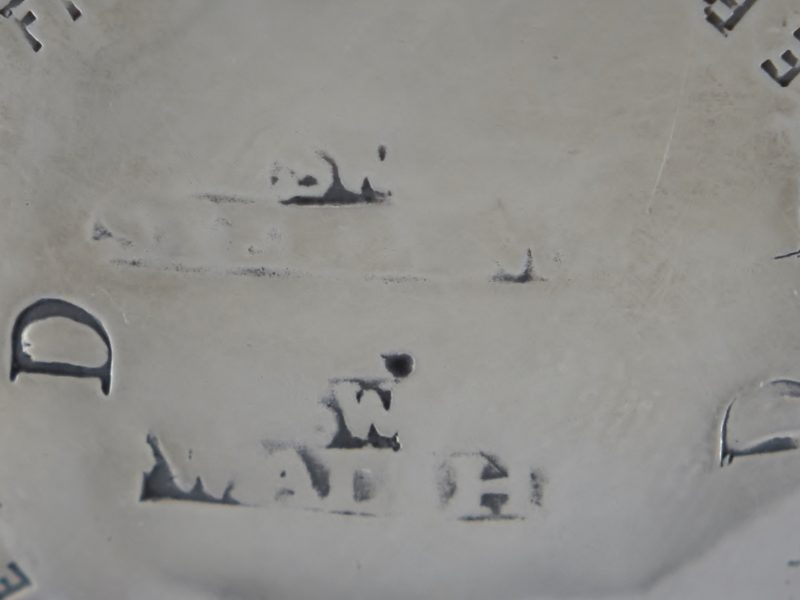 Rare Irish Provincial Rococo silver milk jug with cast Ostrich crest handle, by Stephen Walsh of Cork, circa 1760-1780.
Stephen Walsh was apprenticed to William Bennett in 1742 and became a freeman in 1749. He was Master of the Cork Goldsmiths in 1768 and moved to Dublin in 1780 where his petition to the Dublin Goldsmiths for Freedom was rejected in 1781.

Marked to the base with two of his makers marks – SW over STERLING and SW over WALSH. Later engraved inscription to the base and old repairs to the rim.

This jug was submitted to the Antique Plate Committee at The Goldsmiths Company in London in 2014 (Case No. 9041). It was tested and found to be up to Sterling silver standard and therefore legal to be sold in the UK as unhallmarked silver.