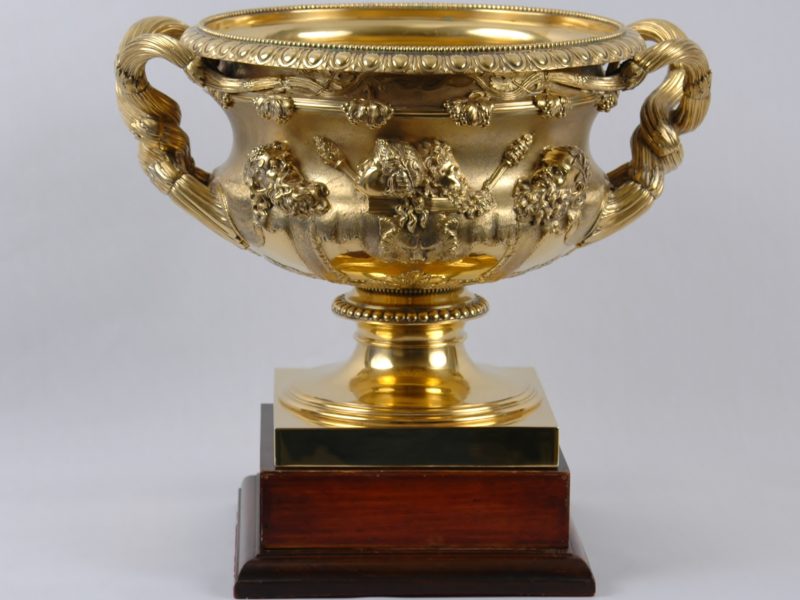 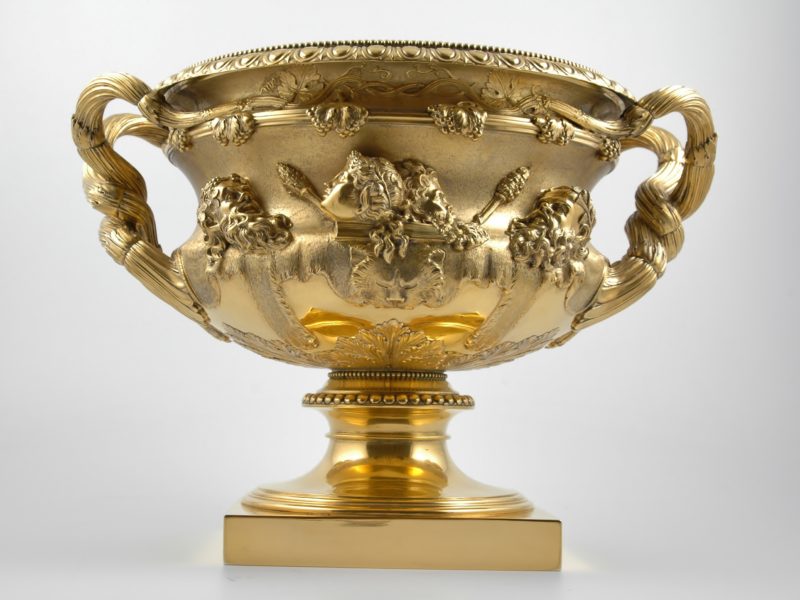 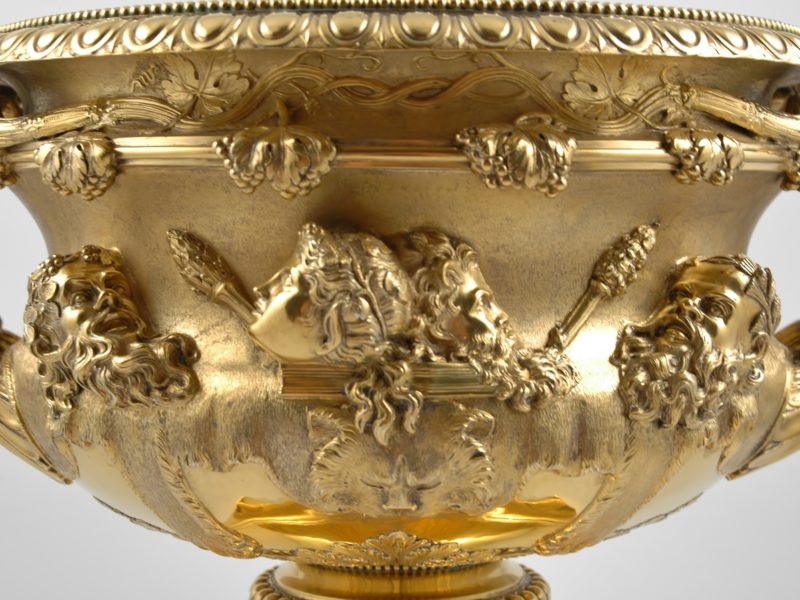 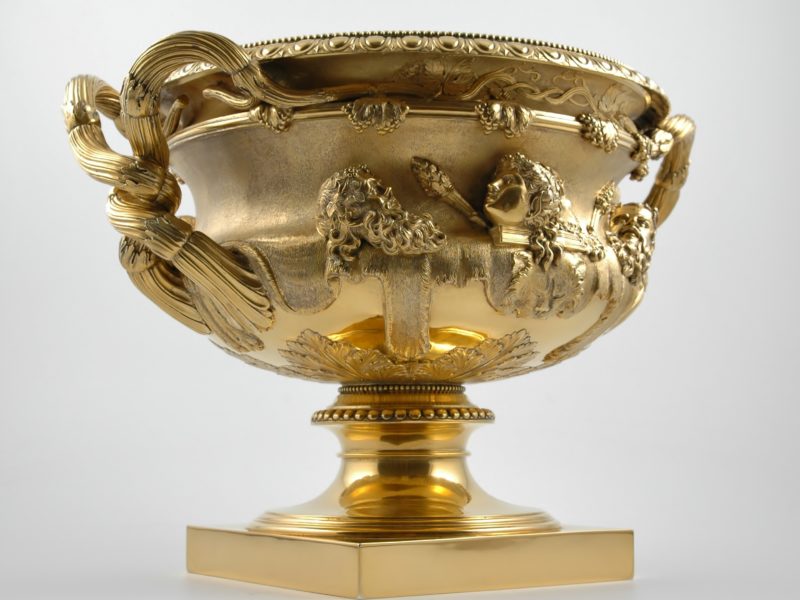 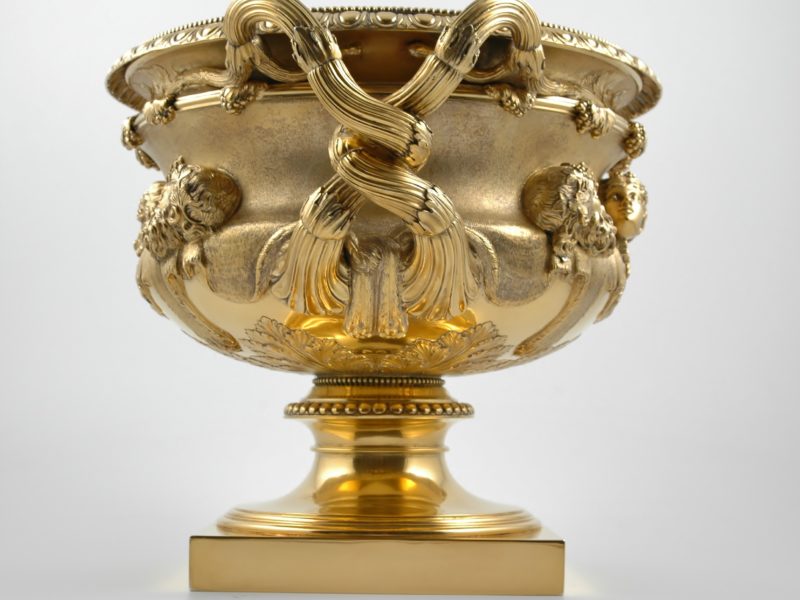 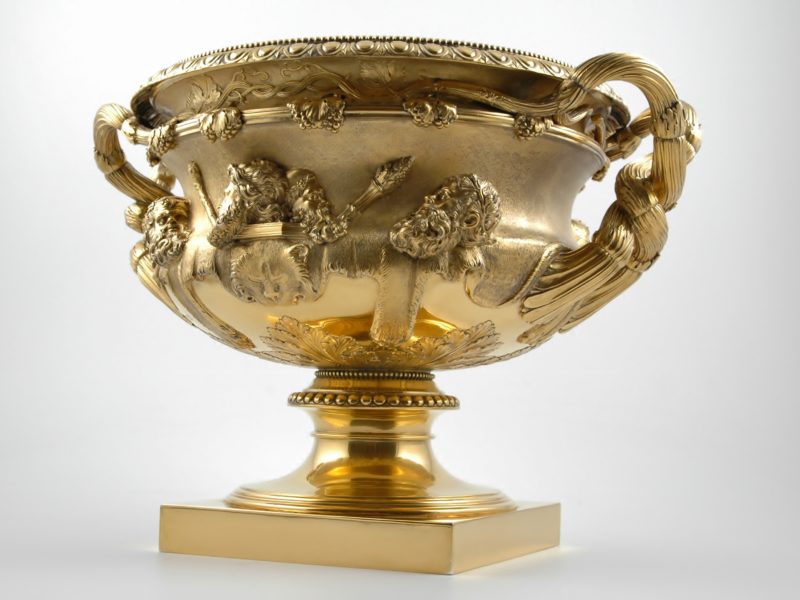 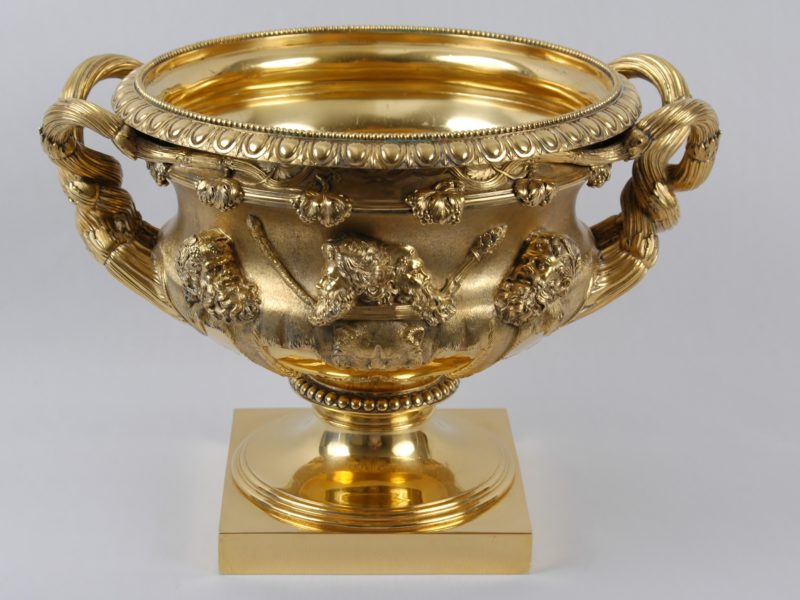 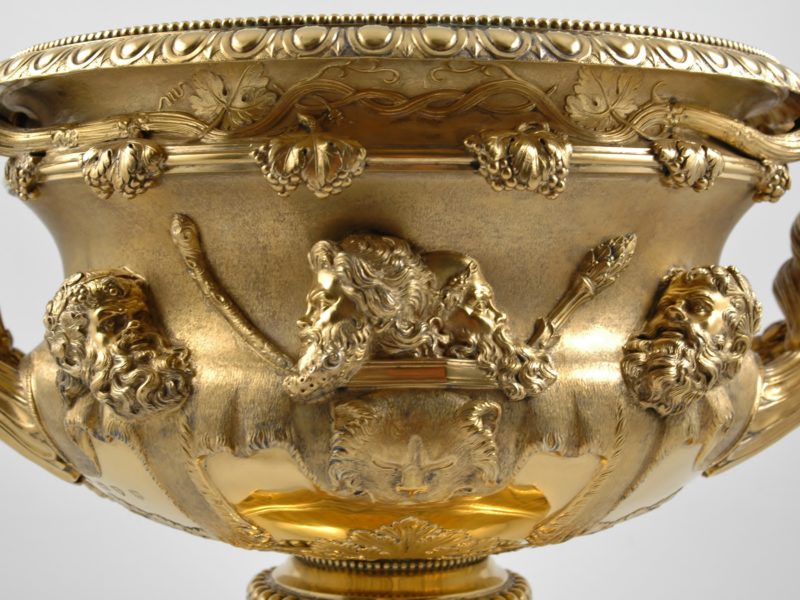 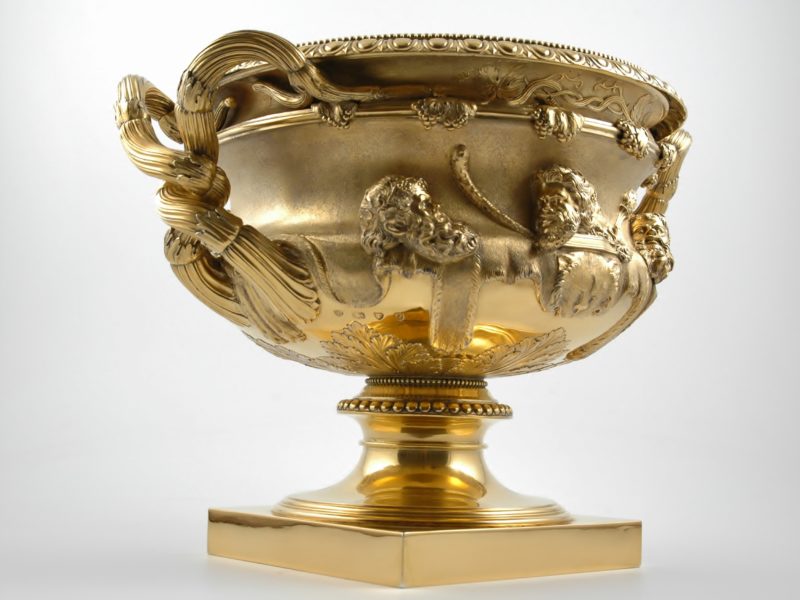 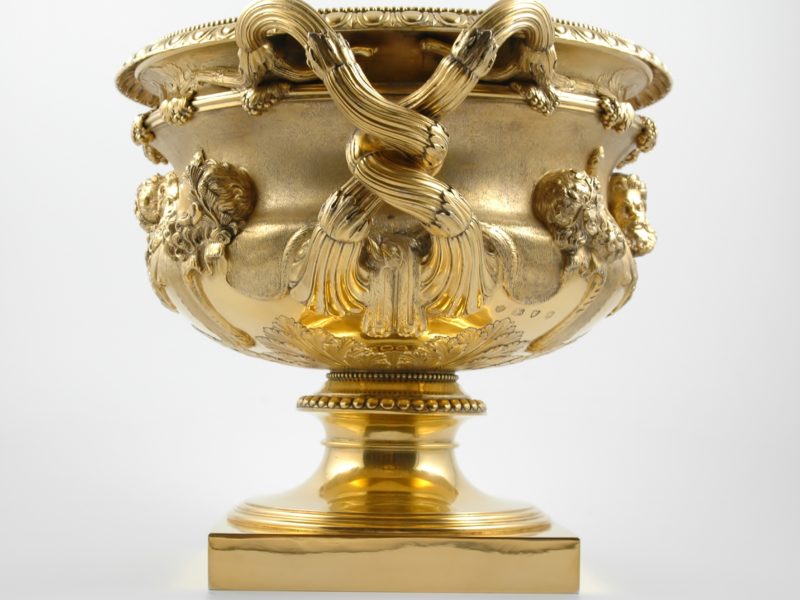 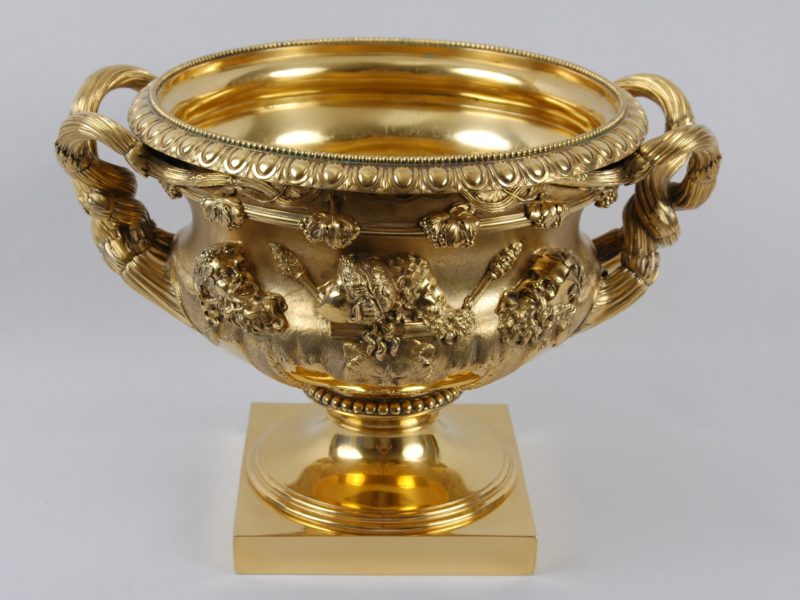 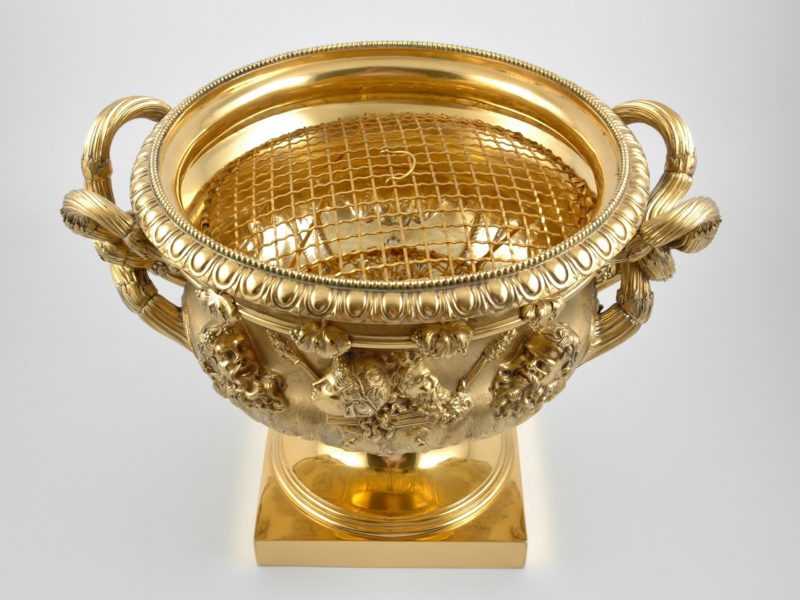 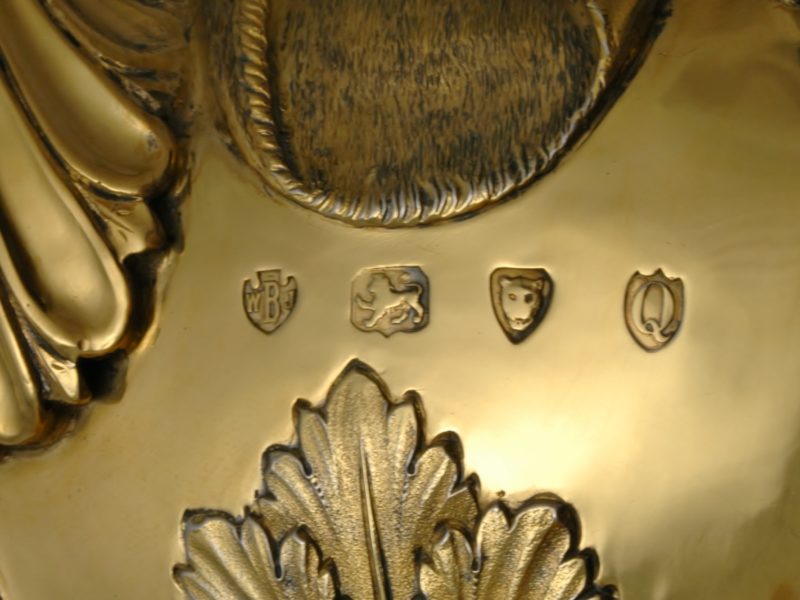 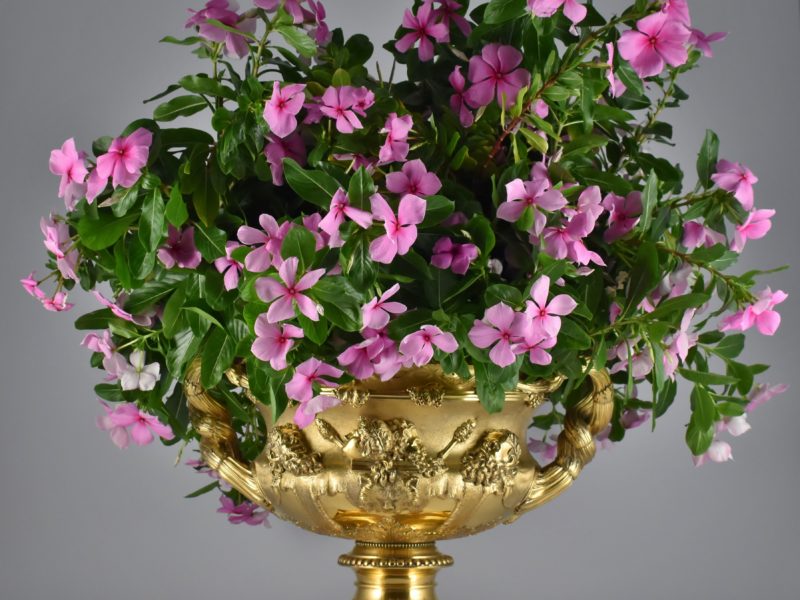 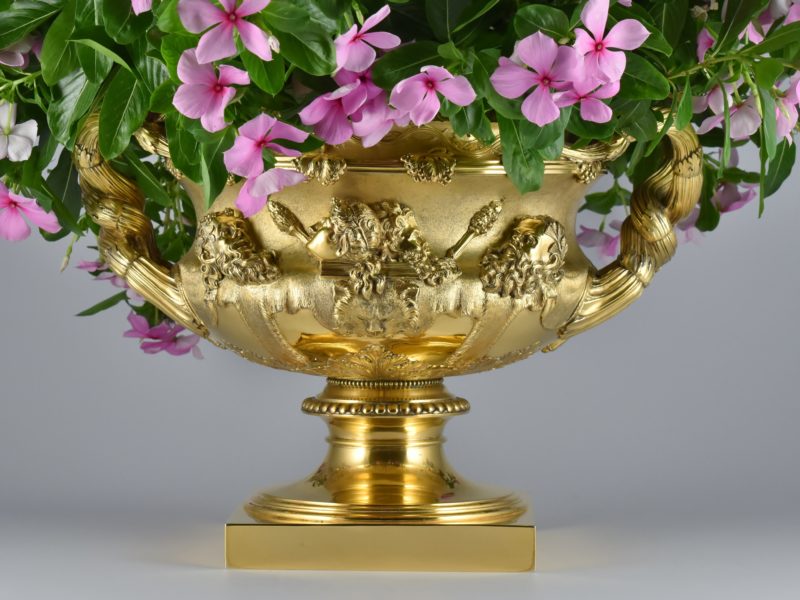 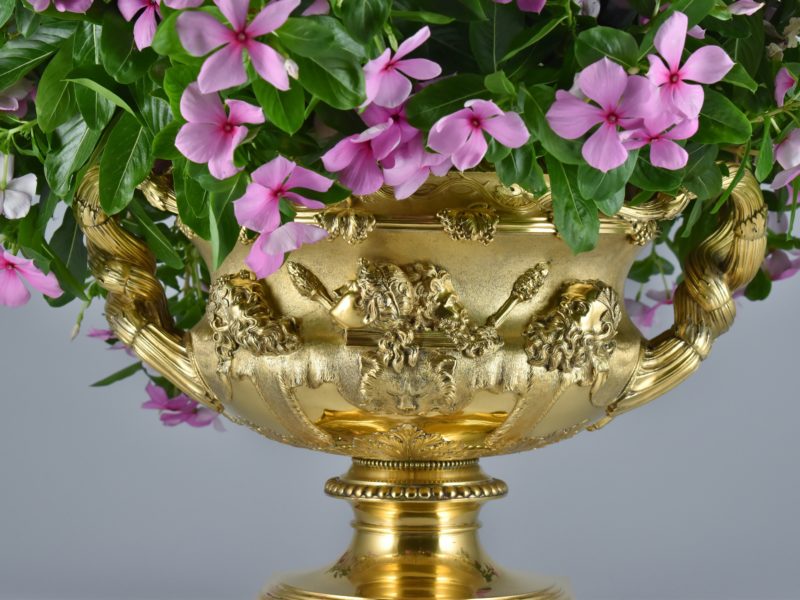 The original Warwick vase was discovered in 1770 in a lake at Hadrian’s villa in Tivoli outside Rome, Italy.
It was a Greek marble vase five feet, ten inches high (1.75 meters) of krater (campana type) form dating from 120-135 AD. It was in fragments when first discovered by Gavin Hamilton, a Scottish painter. The fragments were acquired by Sir William Hamilton, British envoy to Naples who paid for its restoration and reconstruction. After offering it to the British Museum who declined the offer and asking price of six hundred pounds, it was sold to the 2nd Earl of Warwick, George Greville. He erected a special house for it on the grounds of Warwick castle where it remained until its purchase in 1979 for the Burrell Collection in Glasgow.

The central busts represent Bacchus and the elderly Silenus or Hercules, while those flanking them are either additional busts of Silenus or bearded satyrs. It has been suggested that the female mask on the opposite side represents Bacchus’s wife Ariadne. The club and staff known as Lagobolon and Thyrsus respectively are both bacchic attributes while the pelt of the Nemean lion is found below the central pair of masks.

This vase is modeled from Giovanni Battista Piranesi’s three engravings done in Rome 1778 after the original, which now reside in the Victoria and Albert Museum in London.