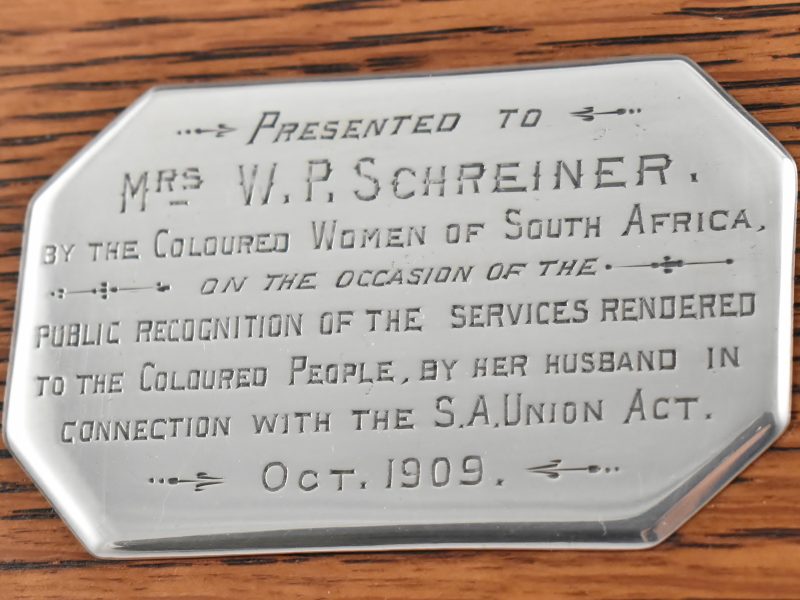 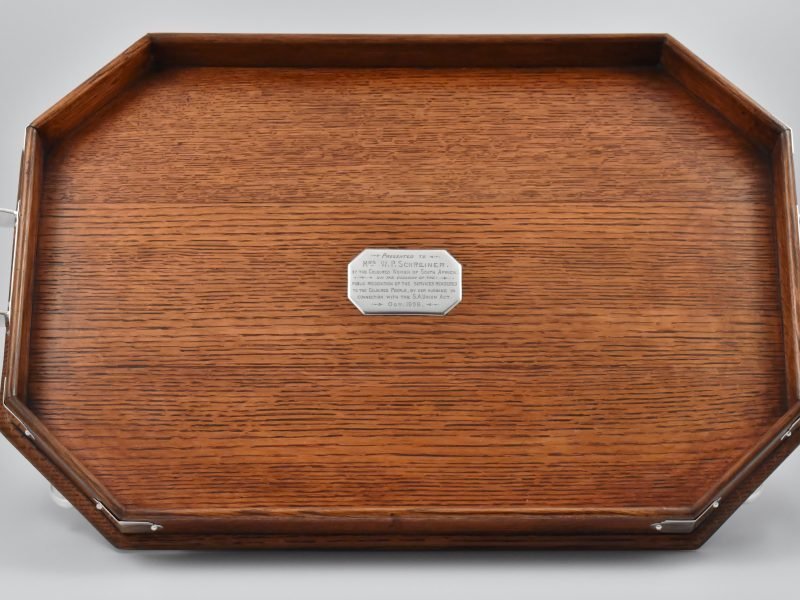 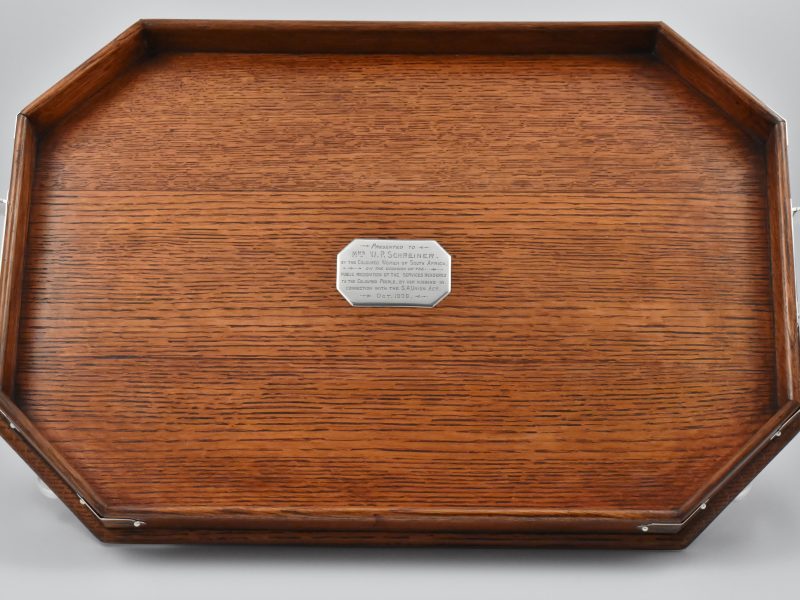 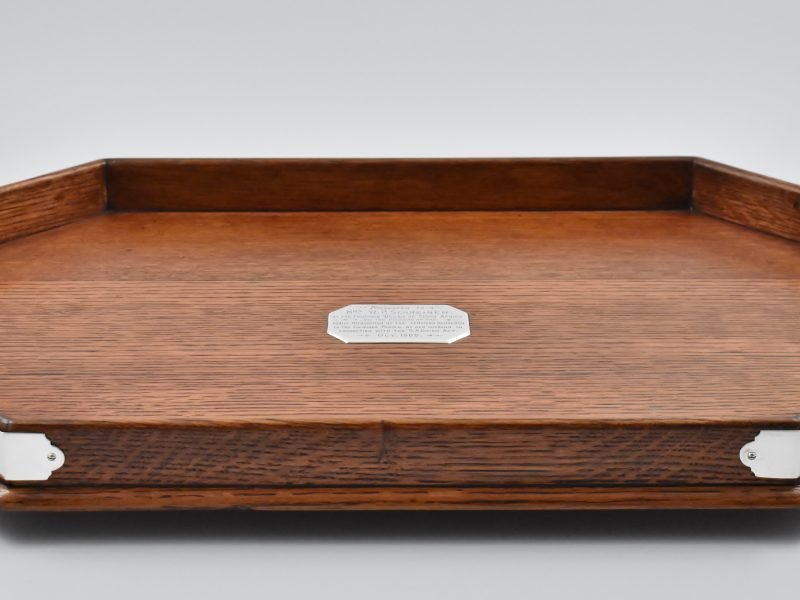 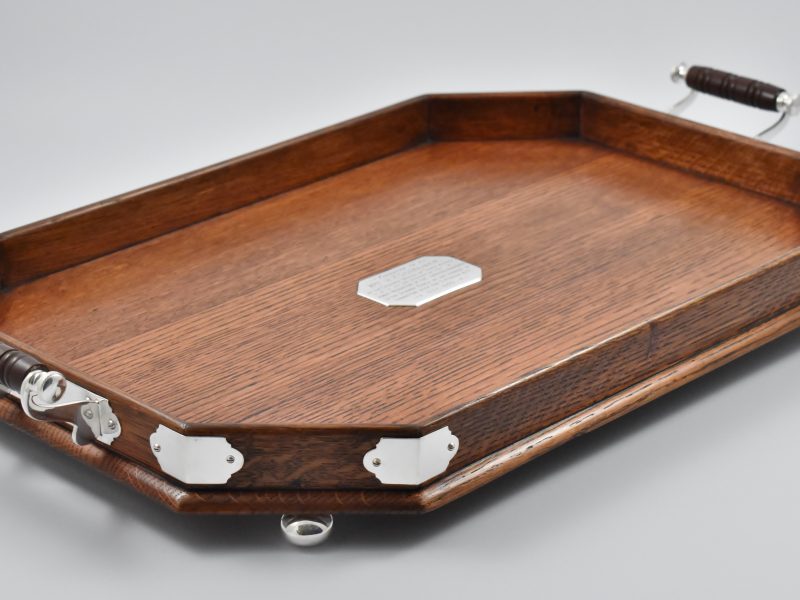 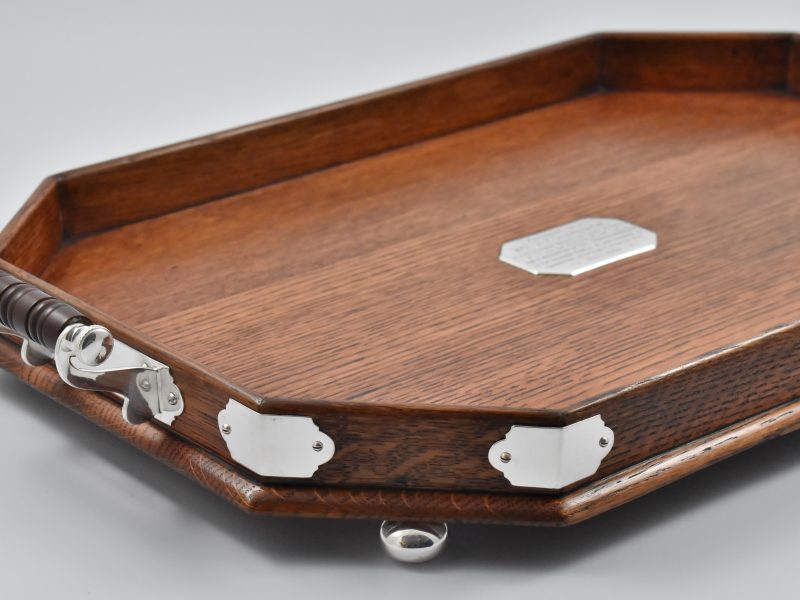 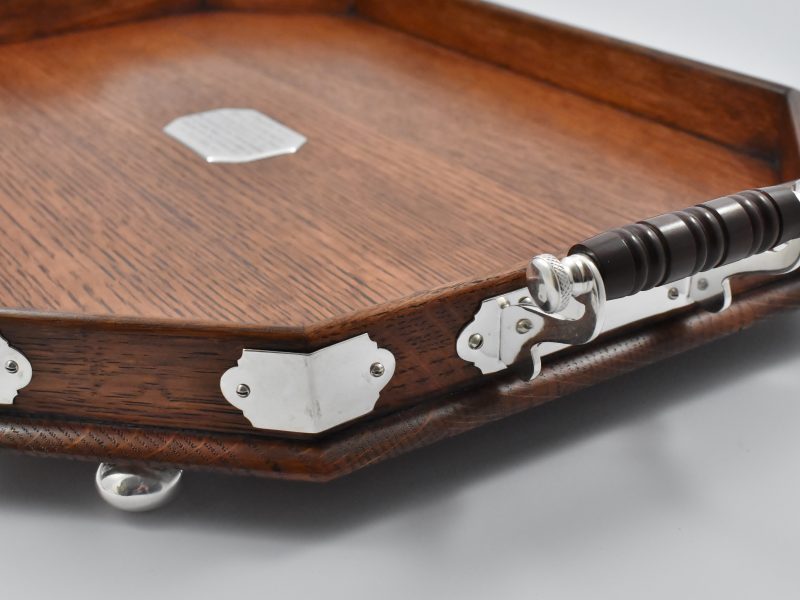 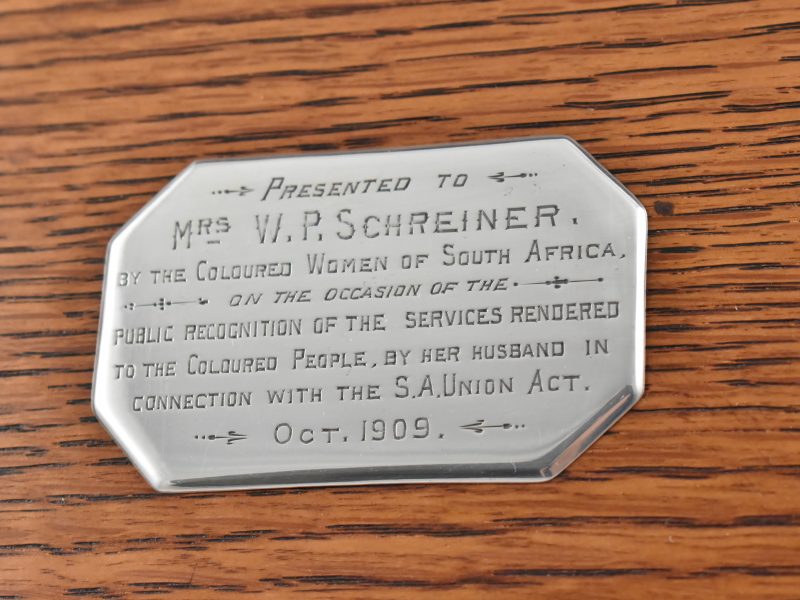 An important Africana presentation tray to Mrs W. P Schreiner from the Coloured woman of South Africa. The English oak tray with silver plated mounts and presentation inscription inscribed: Presented to Mrs W. P. Schreiner by the Coloured woman of South Africa on the occasion of the Public recognition of the services rendered to the Coloured people, by her husband in connection with the S.A. Union Act Oct 1909.
Provenance: The Right Honourable William Philip Schreiner CMG PC QC (1857-1919) 8th Prime Minister of the Cape Colony and thence by descent to the Schreiner House Contents Sale 2014.

Schreiner felt that the Union Government and Parliament proposed for South Africa by Britain would not uphold the liberal Bantu policy of the Cape Colony, so he went to London to oppose the passage of the South Africa Act through the British Parliament in 1909. He wanted the Cape franchise which allowed all men of property to vote, irrespective of race, to be implemented in the whole of South Africa. Schreiner led the Coloured People’s Delegation to London, but the delegation was unsuccessful in its appeal, despite receiving considerable support from the infant Labour Party and other liberal British organisations. It was from this delegation that the African National Congress was formed in 1912. 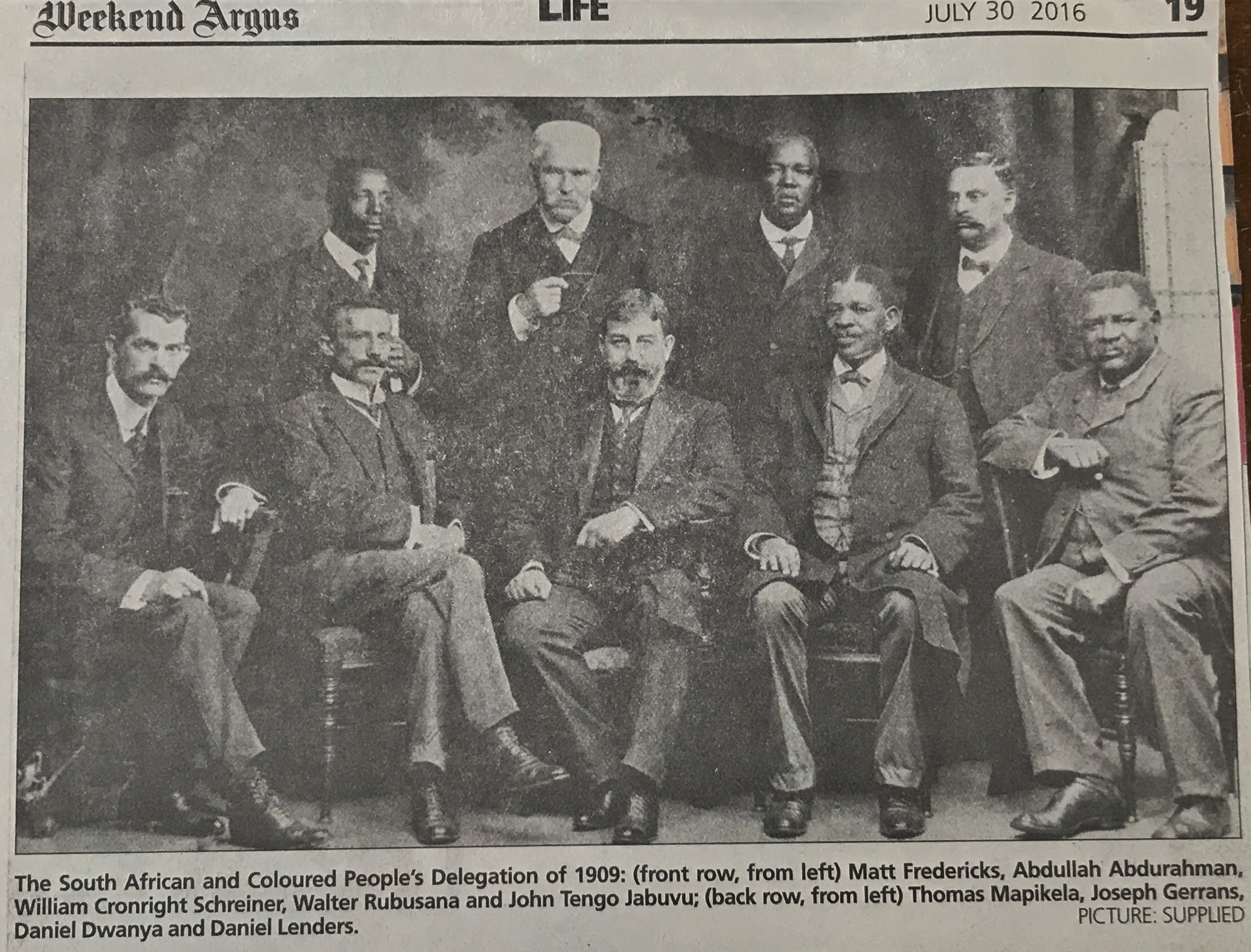