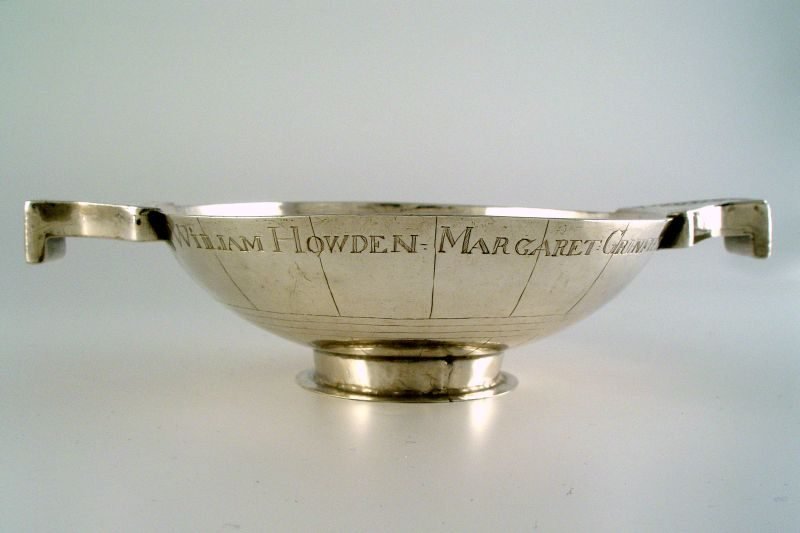 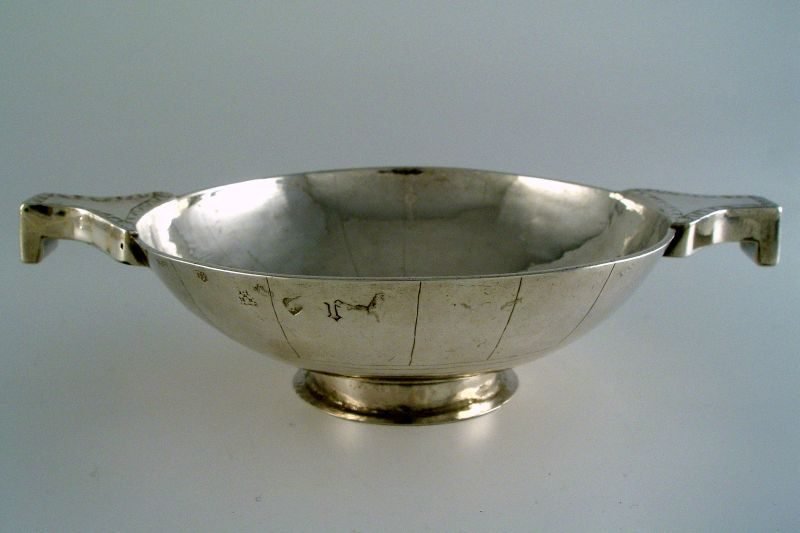 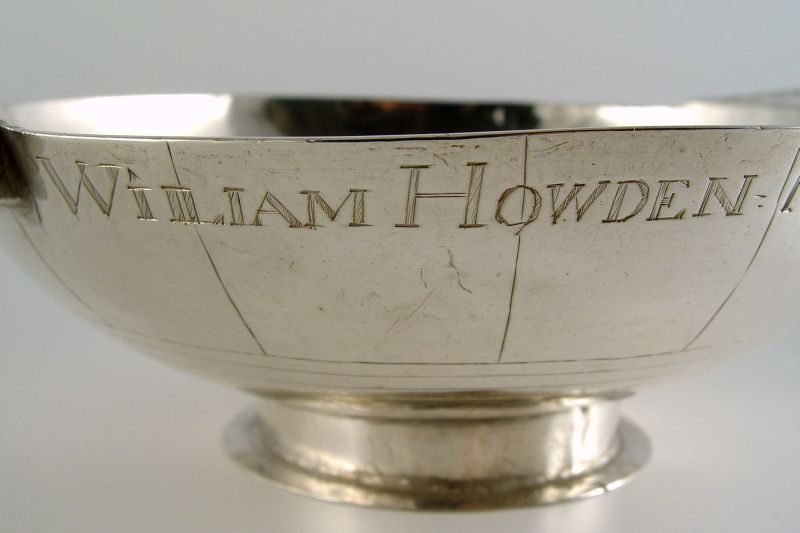 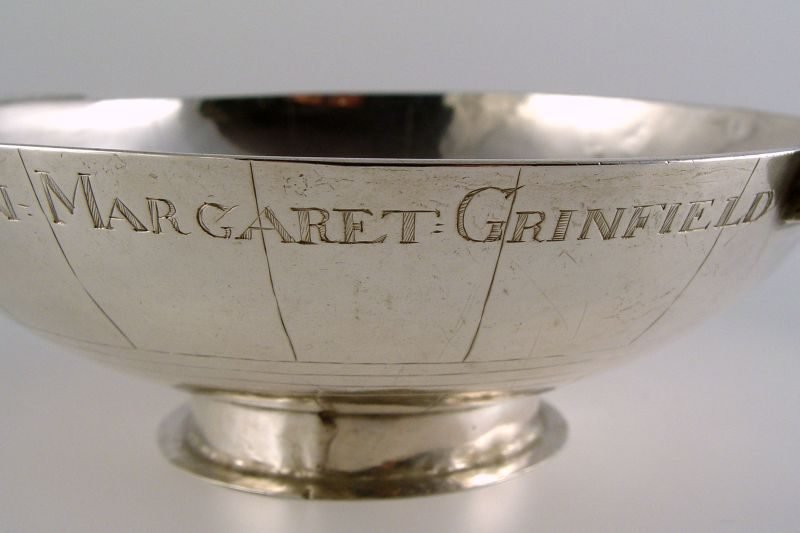 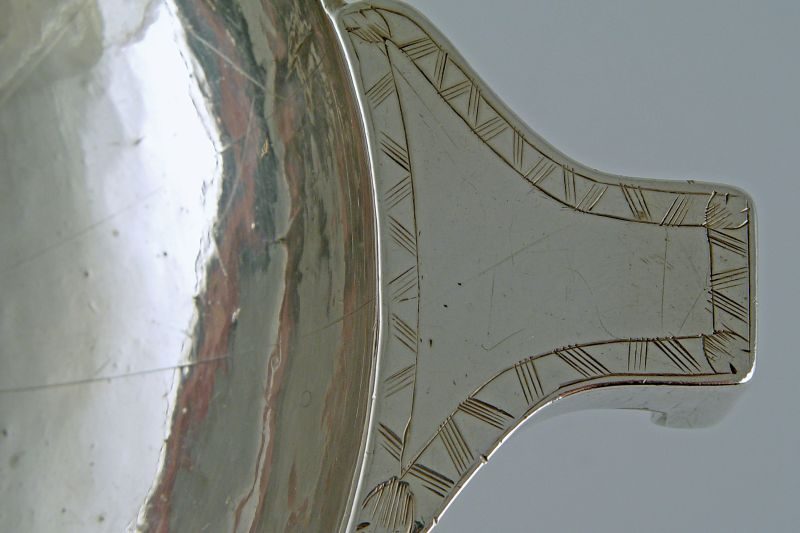 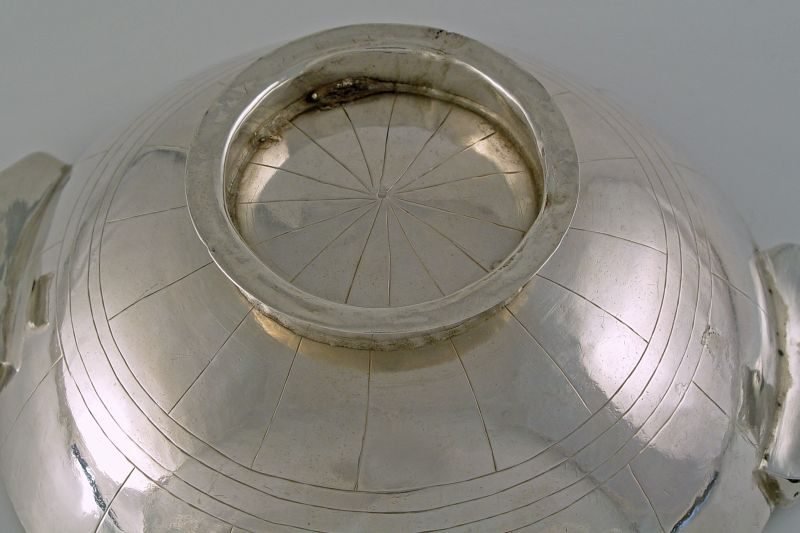 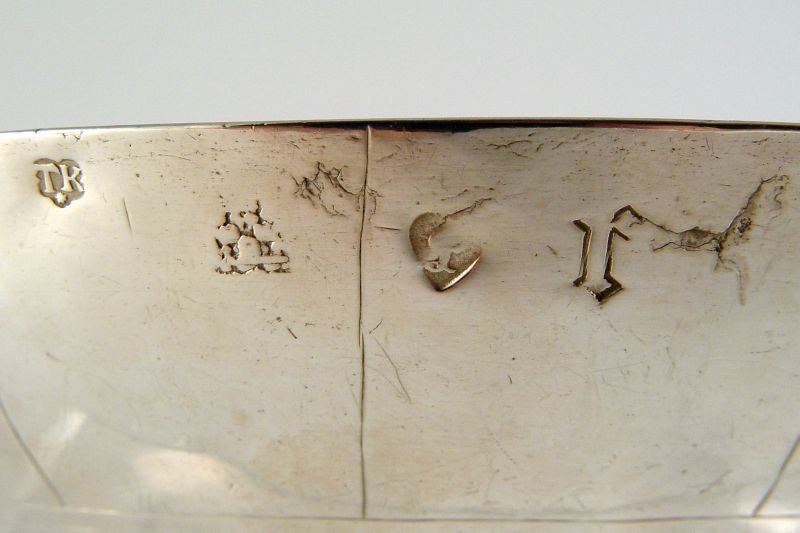 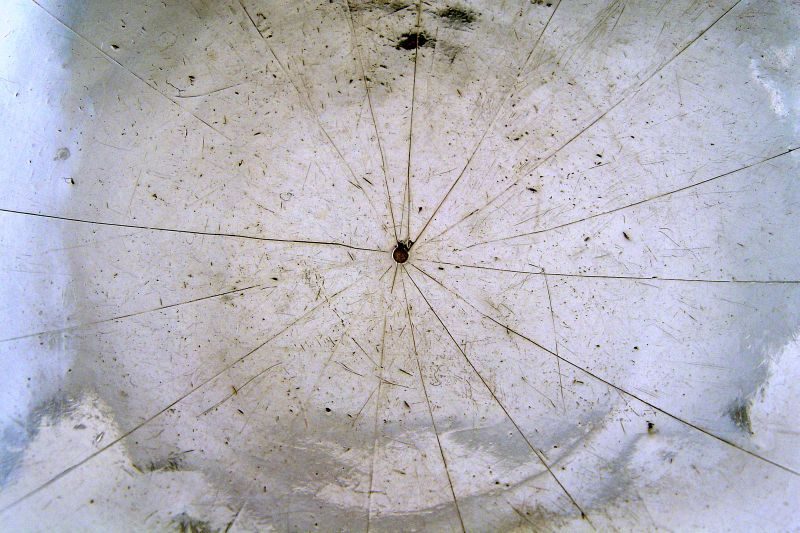 The quaiche is a uniquely Scottish type of drinking vessel and the word quaiche in Gaelic is “cuach” meaning “drinking cup”. Originally made from solid wood normally having two lugs or handles, they were constructed of staves that were tongued and grooved to make them water tight. Silver quaiches when first made, were designed to resemble their wooden originals and were engraved to give the impression of staves. Quaiches were often given as gifts, especially at a marriage and in this case the full names of the couple are engraved on the side. According to the Compendium of Scottish Silver II (the most recent catalogue of all known Scottish silver), this is only the second known example by this maker, the other being marked in 1700.