Have you ever wondered where all the art goes when the auction doors are closed?

This thought was instigated by song lyrics I have heard but cannot place, along the lines of  ‘Where does all the money go when the doors are closed’. Much of the art sold worldwide ends up in private hands, museums or corporate collections. Earlier this month at the Stephan Welz and Company Cape Town auction ‘Miss Wong’ by Vladimir Tretchikoff was up for grabs after having been consigned from a private collection. This iconic image made famous by prints that were popular the world over, adorned many 1950 and 60′s homes. The sitter Valerie Howe was a beautiful eighteen year old, of French and Chinese extraction. Tretchikoff managed to capture this exotic eastern look and produced an image that today is as powerful as when first painted. 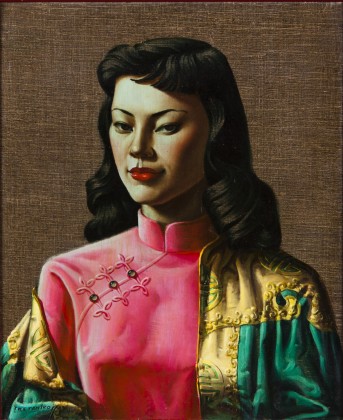 Knocked down at R3,5 million on the auction floor, the final bill with the buyer’s premium was R3,92 million which is roughly ₤248 000. As the auction finished I like many others wondered where ‘Ms Wong’ was headed. A few days after the sale and the identity of the new buyers was made known as Browns, The Diamond Store. Browns are a chain of local diamond merchants and jewelers with 28 stores around South Africa. They have announced on their website that ‘Miss Wong’ will be going out on show at their Nelson Mandela Square store and is expected to be on show from the end of October.

In March this year Tretchikoff’s ‘Chinese Girl’ was sold at Bonhams in London for ₤982,050 or R13,8 million. From the press release on the auctioneers website we learn that this picture is “said to be the most widely reproduced and recognizable picture in the world from the 1950′s”. It was bought by another diamond dealer ‘The King of Diamonds’ Laurence Graff who is the chairman of Graff Diamonds International. The fact that he is also the owner of Delaire Graff Estate, between Stellenbosch and Franschhoek in the Western Cape in South Africa, is important as that is where ‘Chinese Girl’ is going on show. The new Graff jewelry store opening at the estate will feature the painting and the grand opening is on the 29th of November. 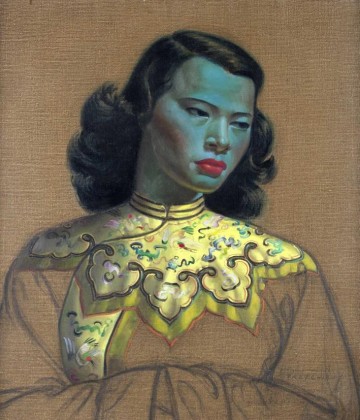 Top end diamond dealers making iconic South African art freely accessible to the South African public and visiting tourists is not only very smart marketing but is redefining the notion that art is only to be seen in museums.