.. sounds like a very bad bar joke and totally politically incorrect, but this happened to me recently. In the hour he spent there I was humbled as to how he had not only overcome his disability, but had attained something that perhaps a lot of us are missing.

On a recent Saturday morning a visually impaired man walked into my shop with his mother. He later informed me he was blind. When they came in, I thought his mother would be the client – shows how my preconceptions work. Once I had welcomed them in and offered them any assistance that they may require I left them to it as most visitors just want to browse and enjoy what we have. 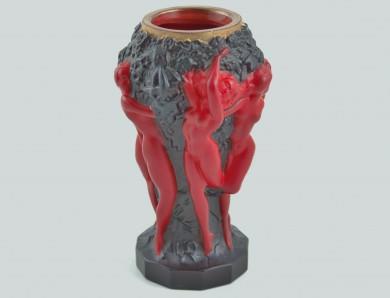 They started in one corner with the mother giving a running commentary as to what she was seeing. She described everything in immense detail literally painting a mental picture for him to see. After having handled the item feeling the texture and gauging the size, he asked pertinent questions as to colour and ticket description. I gathered from listening to her talk that he must have had sight at one stage, as her descriptions alluded to things he must have seen before going blind. 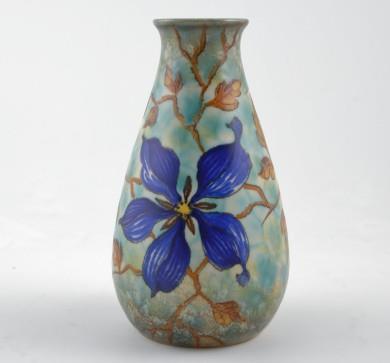 Half way around the shop he asked for my help. I went over to find he had a Dutch vase in hand known as Gouda. He then asked me to describe it. His mother had already done so and I gave him my version which included taking his finger and pointing out the transfer decoration as well as describing the colours of the flowers. Coming from me this was probably slightly incorrect as I am colour-blind and red is brown and vice verse. Anyway by the time I had finished he had a clear mental image of the vase from two perspectives. He then asked the price and while I was looking for my price label, he pointed it out on the side of the vase. His fingers had found it before my sight had. After some tough negotiation he bought the vase to add to his collection and after having boxed it and said goodbye I sat there thinking how one blind man had probably seen more in my shop in an hour than most of the fully sighted people who had visited that week.

For me personally this was a highlight to the week as working in my antique shop I get to meet fascinating people from all over the world every day. It is not often though that I am so impressed by someone who has overcome a disability and was not only getting by, but was able to show that even when blind, you can still develop 20/20 vision.