These dealers are at the cutting edge of the art and antiques trade in South Africa.

The South African Antique Dealers Association (SAADA) was established in 1963 and today represents 53 specialist dealers nationally. In 2013 it celebrated its golden jubilee and this weekend, the 8th and 9th of February, this golden anniversary theme continues at the Cape Town fair. This takes place at the Kirstenbosch Gardens Exhibition Center and the hottest invite this summer has to be the preview cocktail party on the Friday night. These dealers are at the cutting edge of the art and antiques trade in South Africa and many of the treasures up for grabs are posted on the Fair preview page on the SAADA website- http://www.saada.co.za/fairpreview.php 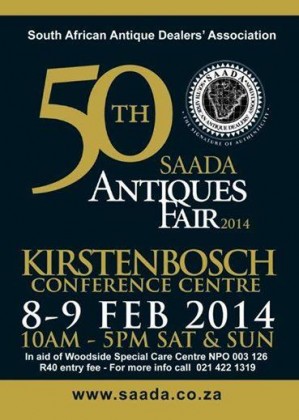 As for me I will have angels on the fair. This amazing oil painting completed in 1787 is by Sir Joshua Reynolds (1723-1792). It is titled ‘A Childs Portrait in Different Views: ‘Angel’s Heads’ and hangs in the Tate Modern. When in London last year I tracked it down at and it really blew me away. 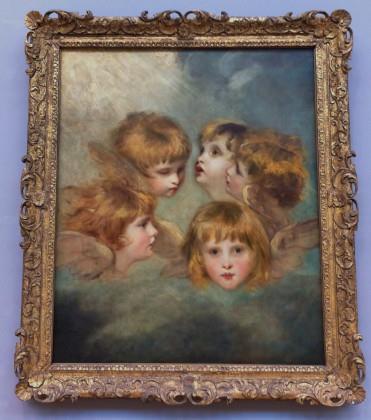 The connection I have had with it goes back to some of the first pieces of silver I handled as a budding antique dealer some 20 odd years ago, but first the picture itself. Reynolds painted this masterpiece over two years and the subject was a five year old girl Lady Frances Gordon. The idea as to the composition for the picture stems from a chalk drawing by Italian 17th century artist Carlo Maratta (1625-1713) that Reynolds had acquired in 1779. The five profiles of heads seem to capture the innocence and beauty of the girl in a way that shows the viewer how the master perceived an angel to look. Presented by Lady William Gordon, Frances’ mother to the National Gallery in 1841 it attracted many admirers and has been copied many times in oil. It also provided the perfect subject matter for the tool and die makers in the world of Victorian silversmithing and today this image is found on many pieces of silver. 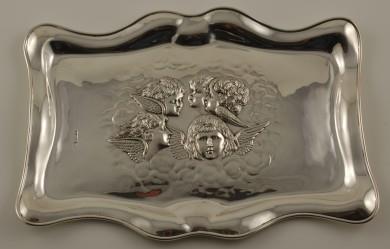 As pictured dressing table trays with large flat surfaces lent themselves to this design. This example dating from 1909 and hallmarked in Sheffield will be out on the fair and is one of the better versions I have had. The range of pieces on which this inspirational design can be found covers perfume bottle tops right through to covers of prayer books and this variety has allowed many collectors the scope to have their own Reynolds Angels in their homes.