He was a ghost designer, in the shadows and unrecognized during his life. The name Archibald Knox and the designs he did for Liberty & Co, the famous London store will be out for all to see.

He was a ghost designer, in the shadows and unrecognized during his life and now the largest collection of his work will be out on show for all to see. The name Archibald Knox and the designs he did for Liberty & Co, the famous London store, are today some of the most desirable in the 20th century Decorative Arts genre. 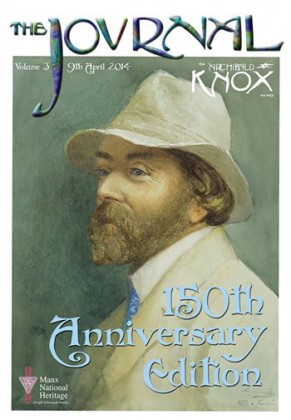 This year marks the 150th anniversary of his birth and in June at the Olympia International Art and Antiques Fair in London there will be a special exhibition. Run in association with the Archibald Knox Society many of these iconic designs will be able to be appreciated together for the first time ever. The story of his life and relationship with Arthur Lazenby Liberty who founded Liberty & Co in 1875 is one that continues to fascinate. Arthur Liberty promoted the ideal of objects designed and manufactured for “a taste and fashion conscious buying public”. To this end most of Liberty’s wares were stamped with the mark of Liberty & Co without identifying the designer or the maker, as only the Liberty name was meant to be publicized.

“Designed and made by Liberty & Co” is found in their company retail catalogues and here Arthur L Liberty set the stage for a treasure hunt that continues today. Many ardent collectors and followers of Knox’s design actively hunt down examples of his work- as do we dealers as this helps pay the rent. Archibald Knox who was born in the Isle of Man in 1864 and died there in 1933 championed the craft spirit and Celtic art. He according to ‘The Designs of Archibald Knox for Liberty & Co’ by A. J. Tilbrook was “the major force behind Liberty’s Celtic Revival”. 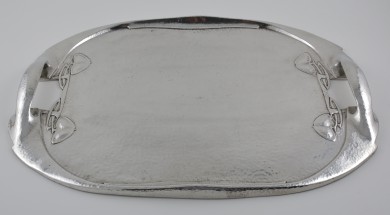 Liberty & Co developed two trade names, one for silver wares “Cymric” introduced firstly in 1900 and the other less expensive range of “Tudric” pewter ware a year later. In both of these ranges there are still many pieces that we know exist but still have not surfaced. This is where the excitement of the chase and recognition of his design genius lies. The exhibition runs from the 5th to 15th of June and will give an opportunity to appreciate the variety of what he designed from silver, pewter, jewellery to some of the most avant garde clocks known. 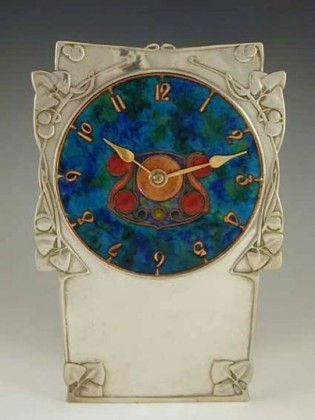 For us dealers exhibiting at the fair, the gauntlet is down and the pressure is on. What can we find to showcase alongside what will be the most exciting exhibition of design this year? As Liam O’Neil the Founder and Chairman of the Archibald Knox Society states “The ‘ghost designer’ is about to be unmasked and take his place on the world stage as a Modernist and master designer”.