THE ANTIQUARIAN | ‘Masterpiece London 2013’ is rated as the top fair in the summer season. 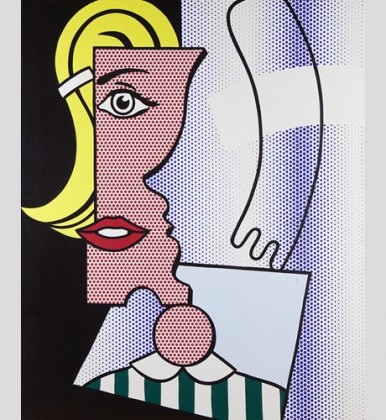 Every market has its leaders and the world of antiques is no different. Opening on 27 June and running until 3 July ‘Masterpiece London 2013’ is rated as the top fair in the summer season. The reasons for this are not hard to see with some of the best galleries in the world exhibiting some of the best fine art, antiques and design that is to be found.

Set in the South Grounds of the Royal Hospital Chelsea in a custom-built pavilion you will really need to have made ‘good’, won the lotto or better still the Euro millions. You can forget about buying big if you have just won the SA lotto as the four million rand jackpot from Saturday’s draw is only worth two hundred and fifty thousand Pounds at 15.80 to one. Having said that if you were the lucky winner you would be smart to spend your money here as many of these unique items seem to increase exponentially in terms of value with time. The old saying that the rich are always with us, rings true and they always recognise the very best and desirable in all fields.

Some of the more noteworthy exhibits this year include the ‘Mary Tudor Pearl’, the third largest well-formed natural pearl known weighing 64, 5 carats on show at the jewellery exhibitor Symbolic & Chase. This pearl with a detailed royal history is featured in portraits of Mary Tudor Queen of England and dates from 1526. Such royal treasures are not normally found outside of royal collections and this offers a rare opportunity to private collectors and museums. Another highlight will be the ‘Puzzle portrait’ by Roy Lichtenstein painted in 1978 and in a private collection ever since. This large oil and magna on canvas will be exhibited by the Geoffrey Diner Gallery and is a typical example of Lichtenstein’s Pop Art signature style. This is something that will surely impress the Van Der Merwes when they are next around for a braai. The South African connection at this fair is to be found in the form of the leading dealer Susan Ollermans who trained at The Michaelis School of Fine Art in Cape Town. Now a leading authority in Mughal jewels and gold jewellery from India and China she was well known for her ground breaking displays at the South African Antique Dealers association’s fairs. It just shows that South Africans can really be the best in the world and our potential is illuminated by such pioneers.

It is fairs such as this that make visiting London so worthwhile in June and these cultural events are among the best that are to be found in the world today. Way beyond the pockets of such mortals as myself I still relish the opportunity to visit and appreciate the artistic endeavours of humanity down the ages. These events are where many of the world’s museums source their exhibits often against strong competition from private collectors and when wandering the aisles you are truly at the cutting edge of history in the making.