THE ANTIQUARIAN | Icons such as Nelson Mandela have focussed the spotlight on our country and many people want to own a piece of our miracle nation. 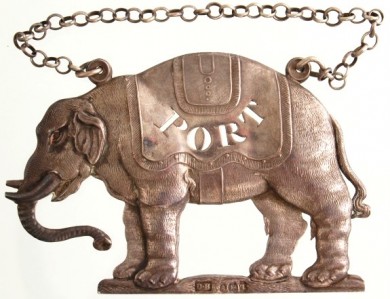 After a hectic hard working and profitable trip to London I am back home in Franschhoek. As I sit and look out at the mountains that border our valley I am taken back to a time when Franschhoek was known as ‘Olifantshoek’ due to the large herds of elephants that lived here. Indeed our mountain pass follows some of the original paths made by these migrating behemoths and their tracks can still be seen on the mountainside. Just like the elephants back in the 1700s I am also drawn to new pastures when the weather changes and my sojourn to London for their summer season is a case in point.

This season was full of working at antique fairs, visiting museums, auction houses and other dealers. In comparing and looking at the international trade as a dealer you get a sense of where you are in the overall world. For me it is akin to leaving kindergarten and going to big school. Here the game while still the same is done at a different level. You are no longer a big fish in a small pool you are the minnow in the great sea and in order to survive you have to be good.

When coming back though I realise actually how professional our members of SAADA (South African Antique Dealers Association) are and the quality of their stock does rate alongside the rest of the world. The big difference is in the pricing. When you buy in South  Africa our heritage pieces are much cheaper than when compared to heritage items in other countries. Africana, pieces with a unique South African origin whether furniture, tribal art or Cape silver are to be found in many of the SAADA member’s shops and galleries. This is where the smart money is now going as the future investment outlook is good.

One only has to look at the rise of the Chinese market and corresponding explosion in the prices of Chinese artefacts to see that the same pattern will emerge here although maybe not on the same scale. How I can say this with such certainty is the level of interest that is shown by visitors, in the shop and clients met at international fairs, in South Africa as a brand. Icons such as Nelson Mandela have focussed the spotlight on our country and many people want to own a piece of our miracle nation. Best get your bit before it is too late.