THE ANTIQUARIAN | What do you do with an old power station in the heart of London? The best answer was turn it into an art museum. 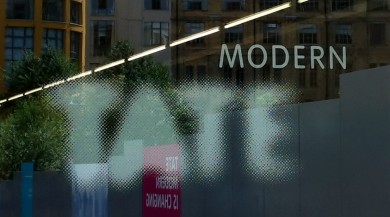 So the question was what do you do with an old power station in the heart of London? The best answer was turn it into an art museum and that today is where Tate Modern is to be found.

Situated on the banks of the Thames in the former Bankside Power Station, this modern art museum is really at home within this industrial setting. Not only does the building break the mould of where one thinks a museum should be, but as a modern art venue it is awesome. In order to understand why you have to see what is inside.

Modern art a lot of the time is large and presents itself well when shown in large spacious venues. Our ideas of art or rather what art is supposed to be are challenged when you visit any modern art gallery and none more so than here. You will find Picasso alongside Russian revolutionary street posters and installations that explore the relationship of form, space and movement. 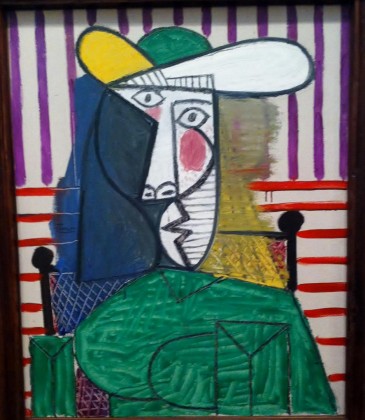 The Picasso pictured here ‘Bust of a Woman 1944’ is on loan from a private collection and has been on show since 2011. It is an arresting image showing the reconfigured features of Dora Marr and alludes to what was happening in Paris during the Nazi occupation. Much of the interpretation needed to understand such art is provided in the information boxes. A great help to be able to put into perspective what was happening at the time and how the artist interpreted and reacted to these circumstances. 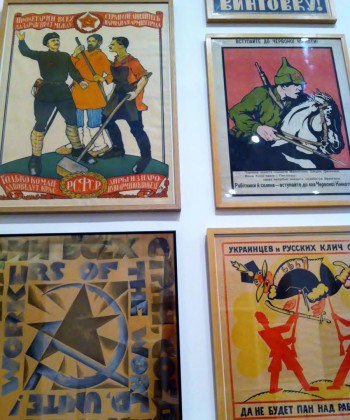 The collection of Russian street posters is visually impressive, especially when seen together all in one room. Used originally as propaganda during the 1917 Russian revolution, today these are recognised as a very strong emotive art form. When standing in front of them even if you do not read or speak Russian the message is very clear.

With seven floors and various wings including special exhibitions for which there is a charge there is something new around every corner. Having close to 5 million visitors every year this is the most visited modern art museum in the world and will certainly challenge all who enter as to what is and in some cases what is not art. On exiting you will find Bankside Pier and here you can catch the boat service to Tate Britain. Two great museums in a day giving you the visitor the chance to experience some of the greatest art ever conceived.