With the focus in South Africa on the gold mining sector and the strikes, one is reminded how challenging and dangerous it is to actually get the gold out of the ground. 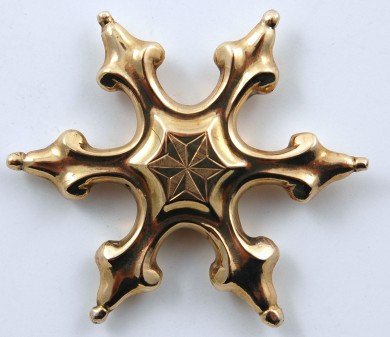 With the focus in South Africa on the gold mining sector and the strikes, one is reminded how challenging and dangerous it is to actually get the gold out of the ground. Our workforce in South Africa faces immense challenges and danger. What stands out is how deep some of the mines are. Going down to a depth of 3, 9 kilometers and bringing gold to the surface is no small undertaking, but where did this gold originally come from?

In July this year a team from the Harvard-Smithsonian Center for Astrophysics published their findings in The Astrophysical Journal. What these findings point too, is that gold is most likely produced when two Neutron stars collide. Elements such as carbon and iron are produced within stars, but the origins of heavier metals such as gold require more cataclysmic events. The observation of a short gamma-ray burst 3,9 million light-years from earth caused by such a collision has led to new theories in the origins of gold. Neutron stars which are the remains of imploded stars are very dense. Their weight is about 1,4 times that of the sun, but are probably not more than 16 kilometers wide. When they collide, which in itself is incredibly rare, the net result is potentially the creation of gold. 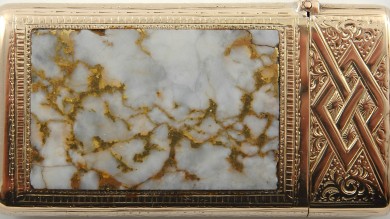 In 2011 at the University of Bristol researchers analyzing some of the oldest rock samples on earth discovered that precious metals in the mantle were the result of meteorite activity 200 million years after the earth was formed. In short our gold arrived when meteors containing it crashed into the surface of the planet. Once the gold was here it was weathered and the gold in the Witwatersrand Basin originating from surrounding greenstone belts was deposited into river deltas. Today it is these ancient deltas that are mined and produce our gold. Once out of the ground it is refined and melted at a temperature of 1064 degrees Celsius. The final result are gold bars known as ‘Good Delivery’ bars which have a purity of 99,5 percent and weigh between 11 and 13 kilograms.

The transformation of this gold from its raw state into the jewellery, coins and artifacts we enjoy today then begins. The key once again is the ingenuity and labour of skilled craftsmen and woman. Labour both in getting the stuff out of the ground and turning it into the things we enjoy is surely just as important as the metal itself.