The South African Antique Dealers Association (SAADA) is 50 years old and it is celebrating its golden jubilee this year. 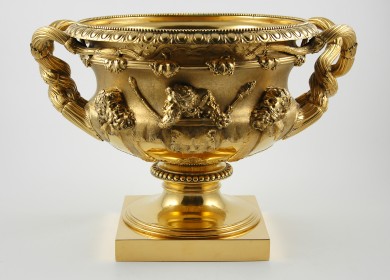 The South African Antique Dealers Association (SAADA) is 50 years old and it is celebrating its golden jubilee this year. Established in 1963 it represents 51 specialist dealers nationally and the highlight is the annual antique fair held at the Wanderers Club in Johannesburg from the 27th to 29th of September. Here in one room you can discover for yourself what sets these dealers apart in terms of choice and quality.

Being part of the SAADA committee tasked with promoting the fair in May this year we sat around a table and had a brainstorming session where we focused on ‘Gold’ and why we celebrate landmark events such as a 50th as a golden anniversary. A lot of fun was had conceptualising this theme and while a good PR company would have steered us clear of some of the more obvious puns, gold really came up trumps. In the last three articles I have focused on gold – where it comes from, how we value it and how it relates to South Africa. In our industry we deal with gold in many forms and when choosing our image for the campaign we went with the Warwick vase pictured here.

The original Warwick vase dating from 120-35 AD was discovered in 1770 in a lake at Hadrian’s villa in Tivoli outside Rome, Italy. It was a Greek marble vase of large proportions being 1, 75 meters high and was in fragments when discovered by Gavin Hamilton, a Scottish painter. The fragments were acquired by Sir William Hamilton, British envoy to Naples who paid for its restoration and reconstruction. After offering it to the British Museum who declined the offer and asking price of six hundred pounds, it was sold to the 2nd Earl of Warwick, George Greville. He erected a special house for it on the grounds of Warwick castle where it remained until its purchase in 1979 for the Burrell Collection in Glasgow.

From the early 19th century its form was used by silversmiths to make tea services, wine coolers and vases. The imagery on the vase is of Bacchus, Hercules, and Bacchus’s wife Ariadne and replicates well in metal. Traditionally gold had always been the ultimate store of wealth but the size and quality of the moulding makes it too heavy to be made in gold. The silversmiths cast the vase in silver and then using the process of fire gilding, transformed it into a golden masterpiece. To my mind a fitting symbol for a 50th golden anniversary. 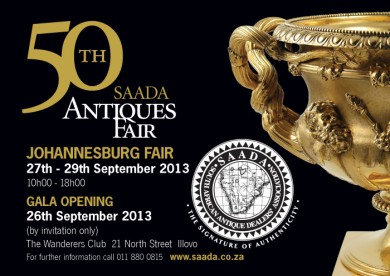