This statue of Nelson Mandela was commissioned by Tokyo Sexwale through the Sexwale Family Foundation and was created by the renowned South African artist and sculptor Jean Doyle.

Returning to Franschhoek on Monday this week with spring in the air and summer on the way, I stopped off to admire the statue of Nelson Mandela at the entrance of the Victor Verster Prison. Now renamed the Drakenstein Correctional Centre this was where Nelson Mandela walked to freedom on the 11th of February 1990.

This statue was commissioned by Tokyo Sexwale through the Sexwale Family Foundation and was created by the renowned South African artist and sculptor Jean Doyle. Unveiled in August of 2008 this work of art contains many images from the outwardly bent steel prison bars around the base, through to the placement of the statue itself. Always popular with visiting tourists it is well worth a visit for all South Africans not only as a great work of sculptural art but to see the artist’s rendition of the man himself. 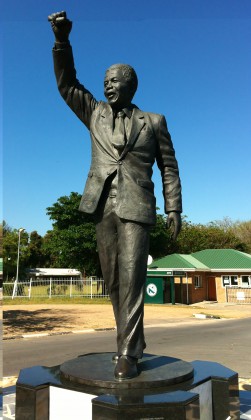 As the month of October draws to a close I now go up to Johannesburg to exhibit at the monthly antique and collectable fair held on the first Sunday of every month at the Nelson Mandela Square in Sandton. This centre adjacent to the Sandton city complex is home to another Mandela statue. This imposing work stands at six meters high and weighs two and a half tonnes. Designed by Kobus Hattingh and Jacob Maponyane it was unveiled in 2004 and today proves a popular place to have your photo taken. 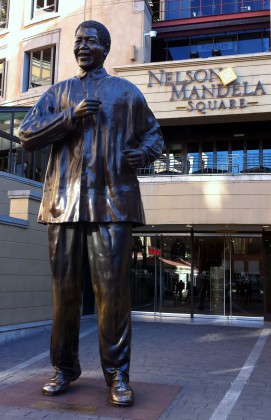 The monthly antique fair run by Clyde Terry a top Johannesburg dealer and fair convener, is the longest running monthly fair in the country and over the years has turned up some very exciting finds. Dealers from around South Africa converge here on the first Sunday of each month except for January. Opening at 9am and closing at 4pm it is best to arrive early before the really great pieces are snapped up. As a well known antique destination it draws tourists from not only around South Africa but the world as well and you can expect everything from museum quality pieces to kitsch. This Sunday I have out on show a work by Jean Doyle, sadly not a Mandela rendition but one of her miniature bronzes of a ballerina. 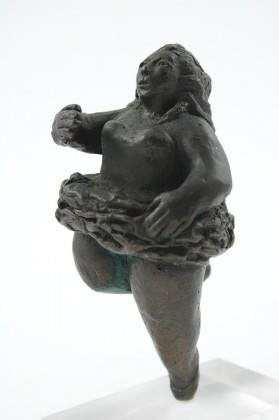